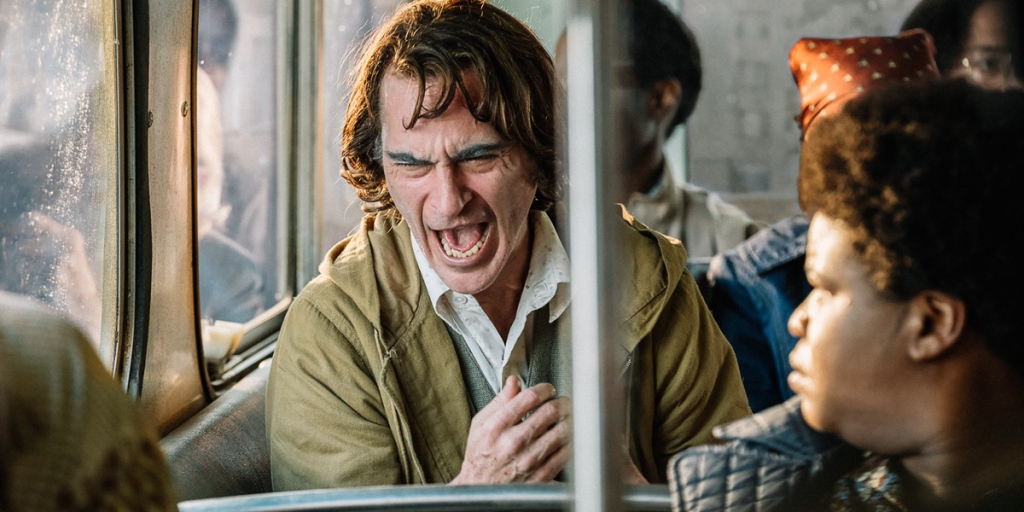 While, yes, we already have a review of Joker on our site that does have spoilers, this is going to full spoilers, nothing holding back. When Arianne saw the film before and wrote about it here, there was always a thought that whenever I would see it, I would give my two cents as well.

Well I saw the film on Monday, and I decided that I didn’t want to think about the film anymore, but many people have told me they loved the film and asked me how I felt and didn’t understand why I hated the film. So, join me in trying to find the words to explain why.

To start, it’s boring. It felt like a chore to arrive at the end of the film. Thankfully, it was played on 70mm, which was the real reason I chose to see the film. Between all online discourse regarding the film, I didn’t want to participate. But it seems that everyone is being urged to say something on the record on the film, including almost producer Martin Scorsese who brought up how he feels that Marvel films aren’t “cinema” and are the film equivalent of a theme park. To the MCU fans, I agree, even as a fan. On top of that, it’s Scorsese, he can say as he pleases. Next to that, our auteur of the day, Todd Phillips has said some utterly ridiculous stuff as well. And trust me, I’m going to circle back to that in just a minute.

As I said, the film is boring. There doesn’t feel like there’s an ending in sight. It plays almost scene-by-scene, giving us a small understanding of who Arthur Fleck is. Yes. Arthur Fleck is the name of the Joker. Some may have noticed that you could call him, A Fleck, as in Affleck. That’s just a side tangent. Arthur Fleck is a man who suffers from mental illness. Doesn’t ever really specify what or which – but regardless, in the ’80s, he would have been misdiagnosed or improperly medicated anyway. Which makes sense, considering it is said that he takes seven different medications. He lives at home with his sick mother, Penny and is neighbours with Sophie who has a crush on. And he, like most people, have a dream of being an artist of some sort, a stand-up comedian. He’s influenced by one of his father figures, Murray Franklin who is the host of a late-night show.

The film feels like an amalgamation of films we may have seen before, such as Scorsese’s King of Comedy which includes a sense of “humour” because Robert De Niro plays Murray, who in turn played the title character of King of Comedy. It’s this, and the minor other Scorsese references that cause the film to make the film try to seem smarter than it really is. There’s a moment early in the film when Arthur is on his way home and he goes up the stairs, it is shot in a way that makes you realize the importance of the stairs – sort of. As a viewer of the trailer, and any and all marketing of the film, you would recognize it as the stairs he eventually dances his way down, before he cowardly is chased off of them.

Nothing in the film is played with any gravitas except for Phoenix because it’s universally accepted that Joaquin is one of the best working actors we’ve got. But the film feels like it’s not in the same realm as him sometimes. In one moment of the film, he brutally murders his co-worker Randall, and it’s only then the film felt like it had any life in its blood. It’s twisted to say, but you’d expect an origin film about Joker includes a bit more insanity or cruelty. We see deaths that happen off-screen (Sophie) and even with Randall, we never see his body post-death or while being killed. The film shys away from the brutality of it, and it doesn’t warrant it.

The film is not well written and personally, doesn’t give an accurate representation of Joker, as a character. I’m willing to put Phoenix’s Joker on the same caliber as Jared Leto’s Joke for that platform. In terms of acting, he’s obviously above Leto, but sadly, in the conversation of another Oscar win, I don’t think he deserves it.

Finally, this film exists only as a statement from Todd Phillips. While previously known for films like Road Trip, The Hangover Trilogy, and Due Date, he tried his hand at something other than comedy with War Dogs and then somehow stumbled onto Joker. He eventually stopped doing comedies because of our culture. As our society (slowly and gradually) grows, we learn that some things are problematic, and sometimes being “woke” is the right thing to do and be. Phillips chose to change his career path out of comedies – but if it were up to him, it probably wouldn’t have changed. He got out of comedy because he believes “all the fucking funny guys are like, ‘Fuck this shit, because I don’t want to offend you.’”

Emphasis on funny guys, for the record. Also, it’s worth mentioning, comedy does not equal being offensive. In fact, many things can be funny without offending an entire race or gender. The reality is, Todd Phillips grew up on films from the ’80s that were all about gross-out humour and “guy humour.” On top of that, that’s what his films eventually became, an idealistic poster version of what those films he grew up on became. He attempted to remake one (or a variation of it with Due Date).  Times change, and so does people’s tastes and opinions. And during the climax of the film, when Arthur – sorry, Joker, as he doesn’t want people to use his dead name anymore – yells out “comedy is subjective” Todd broke the fourth wall and made it clear that his film was about only that. It never was about a movement, or anything else. In fact, he didn’t care about any of the consequences.

He wanted to be seen, represented properly, and finally listened to. I understand that emotion and feeling deeply, I understand wanting to feel validated and maybe that’s why the film resonates with so many of my friends. And my intentions are never to take that away from someone, but I just wanted to state that it didn’t work for myself. Or this site.

The image above feels like the proper representation of the film, a white man crying to be validated for being funny – when in fact, he was never really that funny.