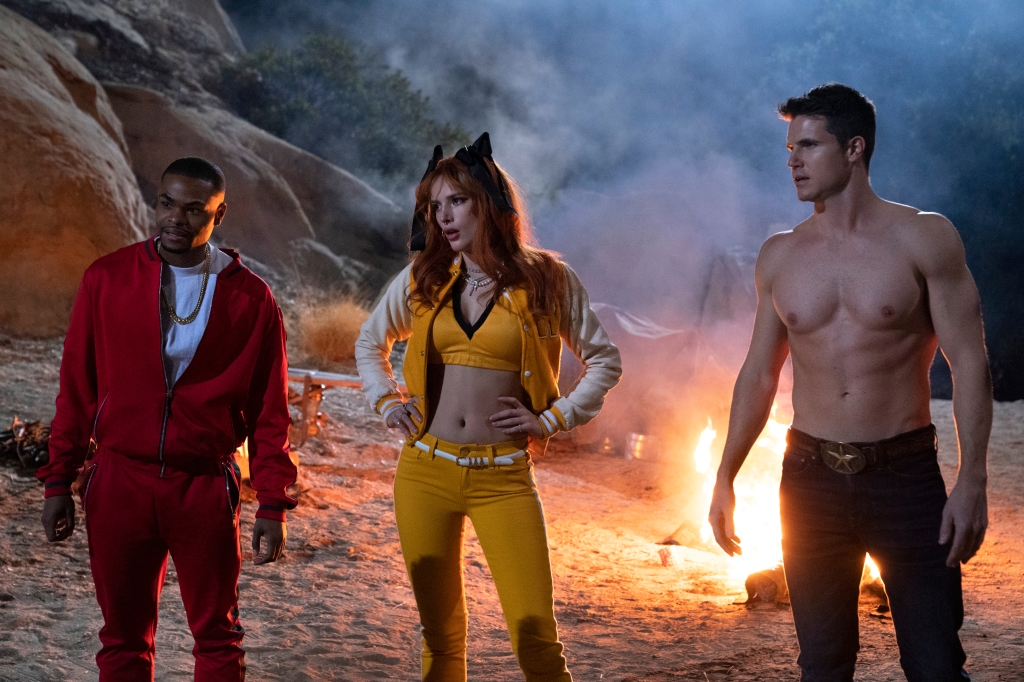 Going into this movie, my first thought was “is this sequel really necessary?” I mean, the original Babysitter ended up being one of my favorite films of the year, along with having an insanely awesome ending! The cast delivered in all areas and we were introduced to the incredibly charming and badass Samara Weaving (Ready or Not, Hollywood). So again, was this necessary? The answer is no. But that doesn’t mean it wasn’t welcomed.

Picking up two years after the original, Cole is now a junior and absolutely no one believes him when he says a satanic cult led by his babysitter tried to murder him. In an attempt to evade being put in a psychiatric home by his parents; Cole joins his friends on a weekend getaway where he will once again be forced to fight against the same cult of stupidly hot College students who tried to get him last time.

Although not entirely original, it’s exactly what you’d expect. These films aren’t trying to be the most original horror-comedies in the genre but instead add style along with substance to make an above average entry; and this is where they succeed. The Babysitter: Killer Queen as well as its predecessor are both strong films that are going to be loved and re-watched around Halloween for years to come; and I say this as someone who plans to do so. Killer Queen is an absolute blast, has great characters, a truly disgusting amount of gore, and we get to see some of the original cast come back for another round.

As mentioned before, this film tries to go for a stylish slasher approach which is awesome; but in this case it sometimes goes a bit too far which takes us out of the experience. There’s one too many pop culture references to the point where it’s almost too saturized, the action sequences are so over the top and far more unbelievable than the first, and there’s even a fight scene in the form of a video game battle that I’m still not sure I enjoyed or not. It could have been slightly dialed down but then again, it’s a sequel so the whole point of this film was to take it up a notch. I’m just not sure if that route benefitted it in the end.

Even if it lacks originality and can be far too extra at times, these films shine the most with their cast and well written characters. Although adults weren’t at all prominent in the first film, they take up at least a third of the run time here and I’m not complaining. Every teacher, parent, therapist and doctor were hysterical in every scene they were in. All of the jokes landed, the chemistry and banter between Cole’s parents played by Leslie Bibb (Iron Man, Law Abiding Citizen) and Ken Marino (Wanderlust, The Other Two) was fantastic and hilarious, and Chris Wylde (Space Cowboys, Coyote Ugly) playing a stoner dad who only cares about his missing car rather than his missing daughter was so stupid and yet I wanted more of him.

As for the teenagers, Judah Lewis (Demolition, The Babysitter) reprising Cole remained quirky, awkward and fun to route for, but it was Jenna Ortega (You) who stole the show here. Phoebe, a chosen outcast who continuously says messed up things so everyone will leave her be, is one of the newest additions to the series and I can honestly say I would not have enjoyed this film as much without her. Her comedic timing is impeccable, she can hold a dramatic scene and she’s just a completely epic character. We’ve seen a lot of Jenna Ortega this year and will be seeing even more of her to come considering she’s recently been cast in Scream 5; but every time I see her name attached to a project I get excited. She’s got a lot of talent and charisma on screen, I can already tell she’s going to be one of the better upcoming actresses for this generation. So trust me when I say to keep an eye on her name, she hasn’t let me down with a performance yet.

The Babysitter: Killer Queen is a wild, gory, entertaining and hilarious follow up to one of the most unexpectedly great horror-comedies. It’s got a lot of heart amidst the chaos and although a third would also be sort of unnecessary, I would definitely welcome it with open arms to turn this into a trilogy. One I will definitely be watching every Halloween from now on.