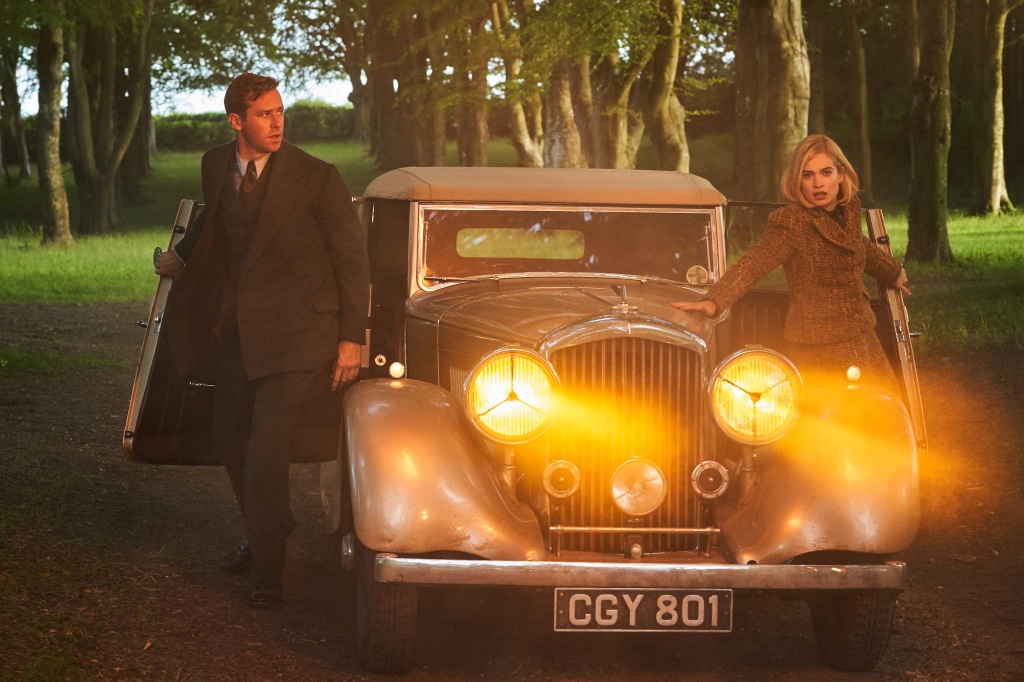 Ben Wheatley is a director whose name kept being thrown around, but every film of his left me cold. And then one day, something clicked for me, and then he became one of my favourite filmmakers working today. Seeing Happy New Year, Colin Burstead was one of my favourite experiences in a theatre. So, to see Wheatley adapt the Rebecca novel written by Daphne du Maurier. Which was previously adapted by Alfred Hitchcock. I haven’t seen the Academy Award Best Picture winning film, so I was even more excited to watch Rebecca as blindly as one can.

This is his second project in a row he’s released that wasn’t co-written by his wife Amy Jump, this time the script is written by Joe Shrapnel & Anna Waterhouse (a duo that wrote Race, Seberg and the upcoming Anthony and Joe Russo film The Gray Man) and Jane Goodman (Kick-Ass, Stardust, Kingsman: Secret Service).

Lily James plays the eventual Mrs. de Winter who married Maxim de Winter (Arnie Hammer). They meet, and fall in love quickly, and Maxim invites her to Mandelay, his home. But as she arrives, she realizes that she might be living in the shadow of Maxim’s first wife, Rebecca. And Rebecca casts such a big shadow, that even the staff and Maxim’s grandmother bring her up at any time.

To those who may have watched the trailer, I’ll be the first to agree that it’s not a great trailer. It didn’t leave me enticed to see the film, it was the cast and crew that made me feel like it would be something I can’t miss.

Rounding out the cast, Kristin Scott Thomas who sometimes steals the show as Mrs. Danvers. She finds herself both inviting and devious and the biggest obstacle for Lily James’ character.

While stylistically, it feels as if Rebecca might have been a film that would be improved if it were to be shot in black & white (look at Mank’s trailer for that appeal), but the visuals are so stunning, and the colour palette needs to be seen. Not to mention Mrs. de Winter’s red dress. The production design in this film is absolutely gorgeous and is worthy of their eventual nomination and/or win. That being said, there are moments in which the film feels a bit too glossy, and that might be to get new audiences to watch the adaptation and get lost in its beauty.

Ben Wheatley was always an interesting choice for this title, and as much as it delivered for me, it felt as if it was the first film of his that didn’t feel like a truly authentic Wheatley film. And while disappointing, I’m just excited to see his reach grow further. Maybe a fan of this film will uncover some of Wheatley’s other films, and we’ll have to wait to see that experience for them.