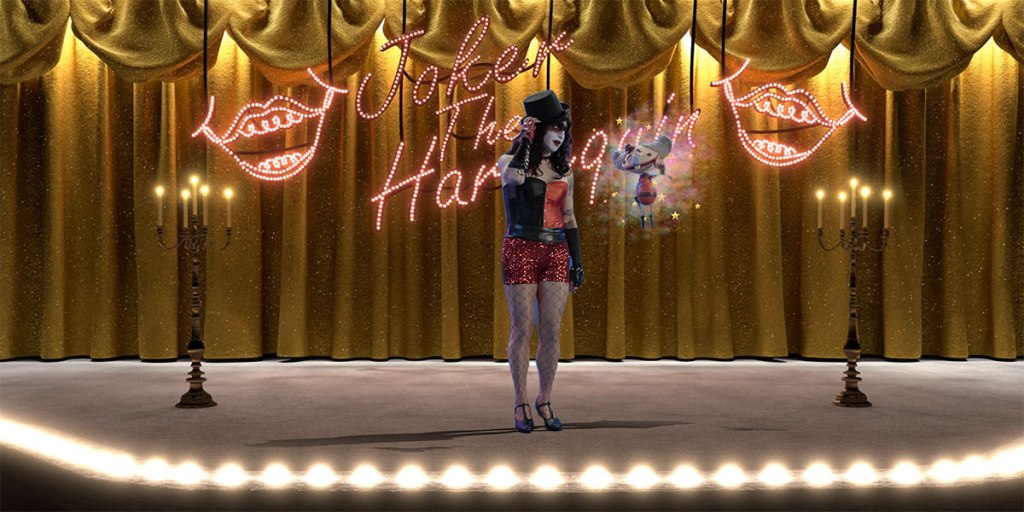 History was made at the premiere of The People’s Joker. The screening will be talked about for years after the fact. It’s also the film out of the festival that I’m the most conflicted with.

This “review” will briefly discuss the film, my opinion on it, the screening, the aftermath and the eventual legacy of the film.

The People’s Joker started as a project for Vera Drew to cut up Todd Phillip’s Joker, and from there, with the help of crowdfunding, it became a Queer coming-of-age film about identity in multiple aspects. Gender, sexual, and even comedic identity. The film stars Vera Drew as Joker, the Harlequin, a trans comic. I don’t want to spoil too much of the plot since we’re not sure when a second screening will be available to watch, but we’ll get to that. There is a lot of plot to cover, but it works. The pacing of the film flies by and keeps us entirely entertained and even moved as we walk through a film that feels extremely specific. If we had a Venn Diagram of Comedy, Batman IP & Queer culture, this is the film that exists in the middle.

It’s strange knowing a film or story is super specific, making it feel like it speaks to you and only you. There are dozens of moments in this film that will do so, whether it’s some of the happier moments in the film or the harsh realities of anyone trying to find themselves in any capacity. Just by being in that room, the feeling was electric, and you could feel it from the people who wanted something not plain and default, something not cis in the slightest.

As you may have known by now, the film had the premiere where I watched it and was pulled from the festival because Warner Brothers sent a cease and desist. It’s an absolute shame because it minimizes the reach the film can have. Vera Drew mentioned that it will be protected under fair use and parody laws. There may have to be revisions to the film, but it will be released and spread like wildfire. Somewhere between a cult favourite and a dare, it’s not long before it’s mentioned with other crucial queer and genre films.

The only complaint I have about the film is its aesthetic. It took too much of the movie to work, which was highly distracting and took away from the film. Drew would describe herself as a bit of a maximalist, and it’s evident early. I’m realizing that maybe I’m not much of a fan of maximalist filmmakers, as that other one didn’t work for me either. Those elements made me keep the film slightly at arm’s length. It’s the story, though, it reels you in slowly (for me), but Vera’s performance is extremely moving that I found myself leaning in, laughing along, thankful to join the community showcased in the film.

The People’s Joker is the other side of the coin of the definition of what it means to play Midnight Madness at TIFF. A portrait of someone looking in not straight, not “normal” spaces to look for your community and family. This film will mean a lot to so many people, and I can’t wait until they are allowed to have a second screening and hopefully a third shortly after.