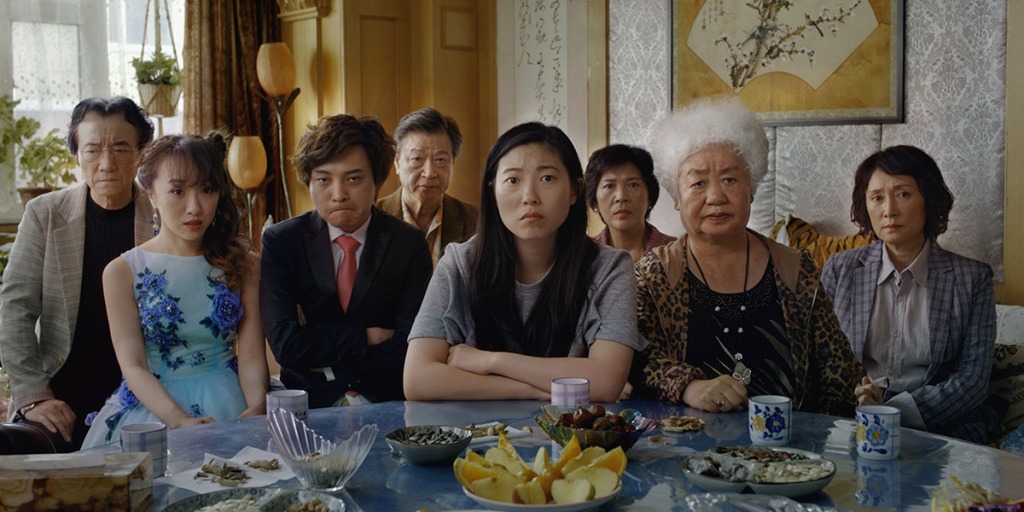 Movies are a strange thing sometimes. It’s odd when you walk out of a movie and it feels so absolutely personal, even though it’s not about me. But it’s also the idea that the movie is also very personal to the two people you’re sitting between – and everybody in the rest of the theatre feels it, and everybody who’s also seen the film so far. That’s some of the big hype for this film, is that it seems to be beloved by everyone, and it currently holds a 100% rating on Rotten Tomatoes. In my eyes, that number doesn’t mean anything, all that matters is the movie and how does it make you feel. And this film made me many, many things deeply.

The Farewell is about Billi (Awkwafina) and her family. Before we get deeper into the plot, it’s about Billi as an Asian-American who lives in America as she struggles with her identity while the rest of her family seems so sure and positive of their own. Billi was born and lived in China until she was about six. Her parents then moved to America and their lives began to change. Billi stopped playing the piano, and she stopped being able to speak Chinese fluently. She became the odd one out. Billi is still close to her grandmother Nai Nai (Zhao Shuzhen) and the film opens with them having a conversation on the phone. Nai Nai is at the hospital for an appointment, but she hides it from Billi, even though Billi can tell something is off. From the appointment, Little Nai Nai (Nai Nai’s younger sister) finds out that her sister is diagnosed with stage four lung cancer. Which ends up being a secret from her sister. As this is a tradition in China and is one that actually happened to Lulu Wang’s own grandmother. Nobody informs Nai Nai on the news, and everyone comes home to see her one last time, but nobody tells her the real reason they return.

Instead, they fake a ruse of rushing a marriage, even though the couple has only been dating for three months.  But this allows everyone to return, on the condition that they must pretend that everything is normal, which causes tension with Billi and her parents. As spoken in the film, something that Americans do that Chinese don’t do as much is seemingly show their emotions on their sleeves. It’s tough for Billi to hide her true feelings, in fact, Nai Nai and her family constantly make references to it.  The film tackles how Billi handles the minor language barrier between her and her family. Or even the culture that is different from the east and the west. As Billi checks into a hotel, the concierge asks her which one she likes more, and she can only say it’s different.

But more than that, the film wants you to think about your own family, your own grandparents. This attachment to where you or your family is from, but your connection to that land might be less than what you wish it could be and how that might affect your relationship with your family, or even yourself.

I wish I wasn’t a broken record at this point, but for those who have read some of my reviews in the past will know this by now. Born in Toronto from a Chilean family, a country and home I’ve never been to. It’s a place that would be foreign to me if I ever visit. I’m not sure when I will, as I have a lot of struggles speaking Spanish. The language runs in circles in my head and I can not come up with sentences. And then there’s my own grandma, who speaks in Spanish and has trouble understanding and speaking English. She lives in Toronto as well, and I can feel the disconnect sometimes, but that’s never the case for my cousins who can speak Spanish very well.

My grandmother is just like Nai Nai. The way we love you with their whole heart, but at the same time, show it by mocking you. Show it by commenting on your weight, or slapping your butt, these are things that my grandmother does all the time. Also does with one of my cousins. And throughout the entirety of this film, that’s all I could see on screen, my cousin and our grandmother.

This is what I saw, and everyone else saw themselves, their mothers, their relatives. Everybody is seeing something about themselves or someone they know in the film, and in a world where we are realizing that representation is everything, everyone is watching this film and seeing a part of them on screen – in a film that is spoken almost entirely in Chinese and acted by Chinese and Asian-American actors. But people like myself, are still walking away feeling seen and represented.

That’s why the film works so well. The acting and Awkwafina are pure perfections, not a false note among it. The visuals are phenomenal and exquisite.  The music is next level and adds a wonderful element to it. But it’s the story and the direction that Lulu Wang puts in this deeply personal film. She cut herself open for this script, and from there, the rest of the world felt all their own wounds open up and be cured just for the moments of the film. To feel full with your family, and with your loved ones and to be seen. I haven’t stopped crying because of this film, and I’m going to do so for the rest of the year.