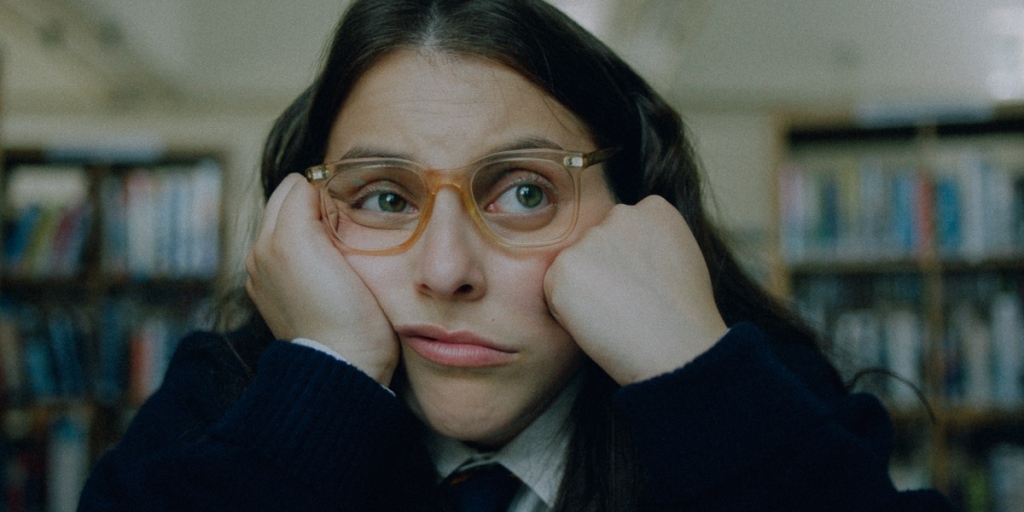 Quirky feminist comedies are my thing, the sort of movies that I look for as often as possible. They are what I enjoy the most out of films because I can connect to them on a deeper level. They always make me feel like I am seen and more often than none I walk away with a feeling that no other film gives me. That is exactly how I expected to feel for How to Build a Girl a new comedy coming from director Coky Giedroyc and written by Caitlin Moran based on her own memoir. It was a film that appealed to me in every way but while it worked really well at times, it also failed at others.

Johanna Morrigan, an always solid Beanie Feldstein, can’t wait to run away from her boring life in her overcrowded house. She lives in her own world, paired with her favourite heroes of the likes of Julie Andrews, Sylvie Plath, the Brontë Sisters. She just doesn’t want to be stuck in her life, to be free and finally be what she always wanted to be… A writer. So when the opportunity presents itself to escape her reality, she jumps at it. But that also means reinventing herself, dropping the old image of Johanna and create a new one but this time she will be everything she isn’t. And so the new Johanna is born but this time under the name of Dolly Wilde.

Beanie Feldstein’s work has proven how great she is. She stole her scenes in Lady Bird, she killed it in Booksmart and with this one, she proves that she can lead a comedy on her own. After you get used to the British accent, which doesn’t falter during the film, you get lost in her performance. She is in almost every scene and she commands them. Even when her character becomes so unlikable, you can’t help but want her to succeed. I’ve heard a lot of people say that Johanna was an annoying character but I never saw it as so. Because after all, she is only 16 years old. A kid and doing stuff in the wrong way, being annoying is part of life. I was able to forget and forgive her actions because of Feldstein and her performance. Without her maybe the role would have been too much but she brings this light to everything.

But what really sets apart How to Build a Girl is the visuals. From the dream sequences to the lighting of scenes and then to the pictures on the wall of her heroes who animate to talk to her and act as her counsel, the film is original. It might not be new, but the way they do it is very them. It’s something that works because it’s established really quickly that Johanna lives in her own world. So the extraordinary things that happen in her world are okay. She is in her head and as someone who grew up in my head, I can understand how she felt. I think the film would have suffered had those visuals not been there because a lot of the world-building is done that way. The only time it doesn’t work is at the end of the film and that is kind of a bump out because it kinda ruins the end of the film. By the end, Johanna breaks the fourth wall and basically tells us everything we have just seen, it wasn’t necessary and I understand it was something done to justify the narration at the beginning of the film. I would have been much more content to simply have no explanation because we would all have expected it to be something that she wrote and not narrate to us.

How to Build a Girl isn’t perfect, it falters at times but because I felt such a connection to it, I was able to forgive it. Beanie Feldstein shines as Johanna and continues to prove that she is one of the bright stars of comedy. The film is supposed to be the first in a trilogy and I would love to see the rest of it because the first one made a compelling argument for the continuation. But it also could stand on its own.