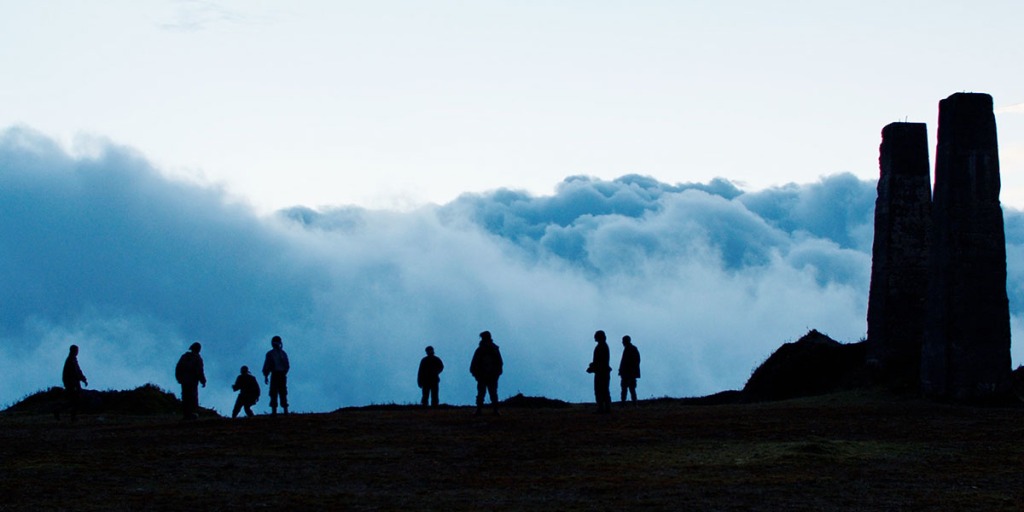 I recently wrote about the film when the trailer first dropped, and in my brief write-up, I stated that I’m not entirely sure what was going to happen in the film, and it’s true, I couldn’t predict this wonderful film.

Monos is a Columbian film directed by Alejandro Landes, and the film follows a group of teenagers or young adults who all have aliases, who are referred to as the Monos (meaning monkeys in Spanish). They are training and are being pushed harder by a man known as The Messenger (Wilson Salazar). Not much is explained about the political climate or what’s happening, but since the film starts off running, it lets you just sit and wait for some sort of answer. And frankly, I’m sort of happy that we never truly find out what is happening. Instead, we get a wonderfully gorgeous film about a new society that is based on military beliefs and training.

The Messenger isn’t in the film often, but his presence is felt across the film – in ways that you can feel these minor repercussions run throughout the film waiting for things to get better, but they never do.

For one mission, the monos are lent a cow for milk and are told not to harm the cow as it needs to be returned in one piece. One night after a drunken celebration, Dog (one of the monos) shoots his gun into the air and accidentally kills Shakira, the name of the cow. This leads the film down the rabbit hole of trying to course-correct and make everything better, but as Bigfoot (Moisés Arias) becomes the leader, we get new and brash leadership that doesn’t make the right decisions.

Arias, who may be known from his role from Hannah Montana, but since then, he’s proven he’s a very capable and great actor from his role in The Kings of Summer, and even earlier in this year’s Five Feet Apart. And this is definitely his most intense role to date. I look forward to everyone to begin paying attention to him in a new light after this film.

Monos is a film that makes us question our own society and properly shows us what we could end up turning into when the political climate turns worse than it already has been. It’s enticing due to the gorgeous cinematography by Jasper Wolf, and Mica Levi’s score is another strong caliber to add to the already loaded discography she has grown from the past few films she’s composed for. I plan on showing this film to people in my family who have come from South America and dealt with coups and see what some of these images mean to them.