We had lots of fun with the latest Fast and Furious film, so we are excited to host another giveaway. This time, Hobbs and Shaw.

If you saw or were around for the last one, we’re going to make it pretty easy for you.

Once again, we are very thankful to Universal and Think Jam for this opportunity.

Question of the week, which actress played Shaw’s mother Queenie? 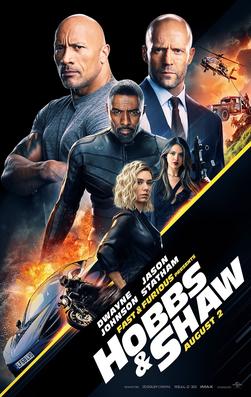 Fast and Furious Presents Hobbs and Shaw will be released on DVD/Blu-ray on November 5th.