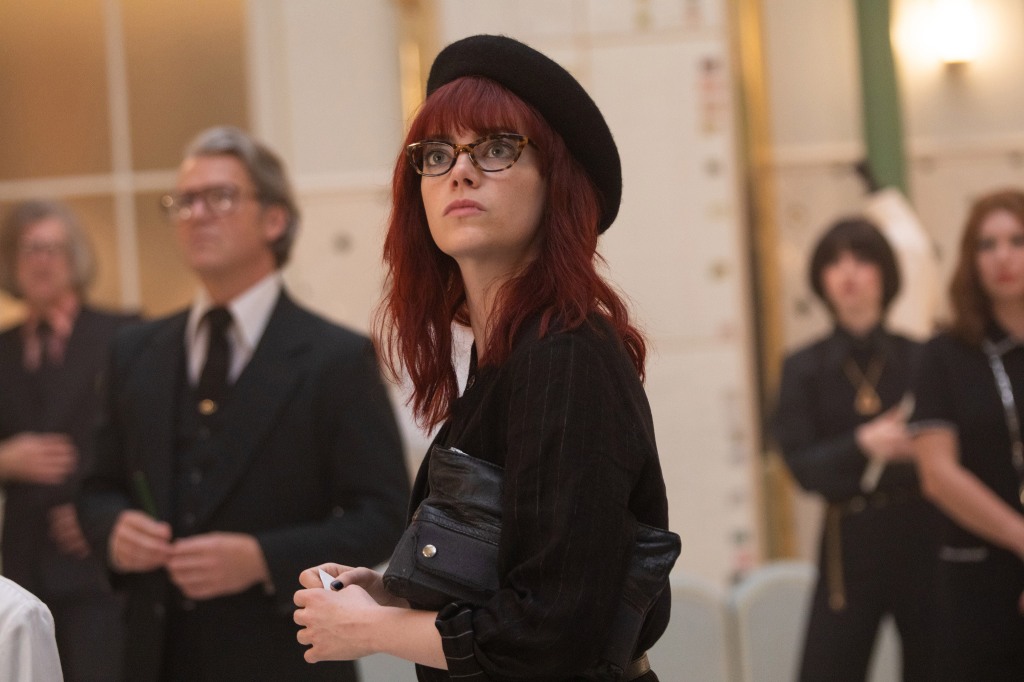 Disney’s latest attempt at a live-action villain origin story follows the life of the one we love to hate, Cruella De Vil. When it was first announced, I was curious to see how they’d play this off since part of what makes Cruella so iconic (and truthfully, hated) is her desire to make a coat out of puppies. She’s one of the few villains where it almost seems there is no possible way to redeem her – nothing could make the murder of 101 puppies seem reasonable or understandable, quite unlike some of our other favourite villains. When I think of some of my favourites, I can recognize the evil in them but still see little glimmers of humanity and even likability – two things that Cruella never had in the original. How could they possibly take a story about somebody so purely evil and turn it into greatness? Well, turns out Disney found a way and made it even better than I imagined. What I will say though, is I don’t think this movie is for everyone. We’ll break it down a little further, but first, let’s chat basics.

In terms of casting, I must say the department absolutely crushed it. I love Emma Stone but I wasn’t quite sure how I felt about her in this role, but I was completely assuaged by the end of the film. Her partners in crime Jasper (Joel Fry) and Horace (Paul Walter Hauser) were goofy but lovable, just as you’d expect from some Disney sidekicks. Refreshingly, they weren’t both depicted as incompetent fools as they were in the original, but as some street-smart folks who ended up in a bad situation due to unfortunate circumstances. They aren’t painted as evil, as much as they are just trying to do what they can to survive. The Baroness, the villain to the villain (everybody is toxic to somebody, am I right?), played by Emma Thompson was executed so well that despite knowing Cruella becomes evil you still don’t picture her as the “bad” one. This is something I’ve had thoughts on that I’ll get into a little later, but overall the casting and the performances in this movie were better than I could’ve hoped.

The visuals were beautiful, as you’d expect from a Disney budget, but still eerily dark. They represented the mood of the film so well, and the dark ambience really amplified the sense of looming evil that is cast over the storyline. To be honest, I never saw Maleficent so I’m not sure if it’s the same way, but the visuals, storyline, and quite frankly the length together really emphasize the demographic of this movie is starkly different from the live-action remakes. I don’t think this film was made with children in mind and is much more geared towards an older demographic. Normally, live actions are strewn with witty jokes for the older folks watching but still share elements that both kids and adults can enjoy. Cruella focuses deeply on trauma, vengeance, and hatred more than any other live-action Disney film I’ve seen, and to be honest I can’t imagine watching it with a little kid. It’s spooky, angsty, and quite honestly a complex plot that feels much more directed at the nostalgic adults and teens than for little ones. Perhaps that’s why I enjoyed it so much as a film but was left surprised by the end – I expected something a bit more lighthearted and a little less deep. It’s not necessarily a point for it or against it, but just something to keep in mind if you were planning on watching with a young child.

Overall, I think the important thing to debate here isn’t whether or not the film is good. It does, in its own way, have so many things going for it that for me it’s hard to deny that it has a charm to it. It almost feels like a retelling of The Devil Wears Prada but with crime and arson… but it’s so much more than that. The thing that I think will divide people the most is what you wanted out of it. I know some folks who were adamant that they didn’t want a redemption arc for a clearly horrible person – they wanted the original storyline to be maintained and to have a villain that was out to kill puppies in the name of fashion and didn’t want her actions to be justified to the audience. They wanted to stick to the original insanity of a character who felt so unhinged to us all, with no reason to look at her and feel sorry for her. The story didn’t go that route, and to be honest, I think for good reason – nobody needs to have a Disney plotline focused on why somebody becomes an animal abuser. That being said, I do think that the ending lends to the imagination of where Cruella goes down the line. It’s not written in that she goes on to become a heartless murderer, but it also doesn’t necessarily say she doesn’t. It’s left for the audience (for now) to decide what her fate is, and I actually really enjoyed that aspect. You do end up feeling bad for her throughout the film, and it’s hard not to. If you watch the film hoping to hate her, I don’t think you’re going to like it. It goes along the lines of most villain origin stories – tragedy, trauma and circumstances that cause a once happy person to become “unstable”. While that storyline can be a bit problematic at times, I think this is a time where I actually enjoyed it. The slow unravelling is a mix of situation and class, something that is often explored as a crutch. This is where the open ending comes in handy – maybe she doesn’t go on to become something evil. Maybe she finished what she wanted to and finally got the closure she needed. We won’t know unless Disney decides to make a second instalment, but for now, we get to create the ending we want for a story that is both heartbreaking and relatable.

I loved Cruella, and I think it’s more than worth the watch if you’re not going in with particular expectations of what you want out of the plot. It’s dark, twisted, but gives a lot of laughs along the way and by the end, you’re just glad you showed up and gave it a shot.