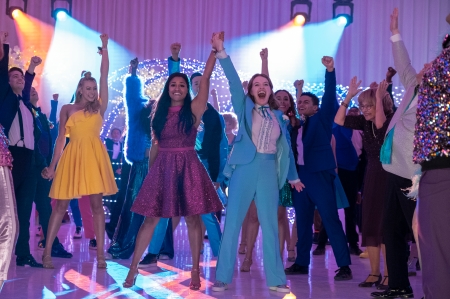 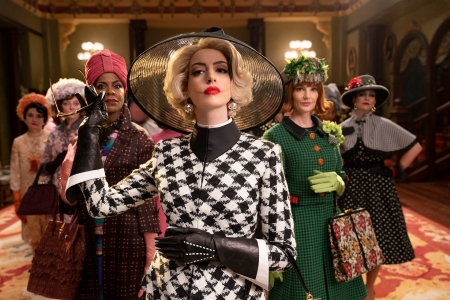 “There came a time where I couldn’t lie to myself anymore.”

In 1968, a little off broadway play that was incredibly ahead of its time came about. A play about a group of gay men who gather for a birthday party, only for an unexpected guest to intrude. It was one of the first times queer storytelling was unapologetically put on stage during a time not nearly as accepting as now; and only two years later a film adaptation came out and garnered one of its stars a Golden Globe nomination. For its 50th anniversary, Joe Mantello (The Normal Heart) revived the play for Broadway with an all star cast led by Jim Parsons (The Big Bang Theory) which ended up being a major hit. This brings us to this year’s film adaptation, with the same cast from Broadway, of The Boys In The Band.

END_OF_DOCUMENT_TOKEN_TO_BE_REPLACED

Charlie Kaufman is the person behind so many of my favourite films. After it came out in 2015, Anomalisa was my favourite film of that year. Not to mention the film that got him his Best Original Screenplay Oscar, Eternal Sunshine of the Spotless Mind. Or his debut film as a director, Synedoche, New York which kind of shatters me every single time I see it. So when I found out he was going to make a new feature film, it suddenly became one of my most anticipated films of the year.

I was so excited I even went out and read the book.

END_OF_DOCUMENT_TOKEN_TO_BE_REPLACED

Here’s the thing, I have read the whole Umbrella Academy graphic novel series. It was one of those gems that I found by accident and couldn’t get enough, wishing that more was available and running to the store every time a new book would come out. So going into the first season of the show, I had high expectations. Because I knew how crazy and over the top this graphic novel was, I was scared that a television show would tone it down and make it dull and boring. Well, the exact opposite happened. The show was wild, full of surprises and didn’t feel like the craziness was toned down. It was a show that hit hard and even with its flaws was one of the most enjoyable seasons Netflix had put out. So to say that my expectations for season two were high is an understatement. It had not only to stand up alongside the graphic novel but also the excellent first season. Did they do it? Yes, not only is the second season of Umbrella Academy excellent, but it surpasses every expectation I had set for it.

END_OF_DOCUMENT_TOKEN_TO_BE_REPLACED

Let me preface this review by saying that I am an Arthurian legend fanatic. I have read and studied the legend for so long that as soon as the premise for Cursed, I was in. Now, I know this show is based on a graphic novel but I have not read it (yet) and so I came in blind with the hope that I would enjoy it as much as I have enjoyed Arthurian Legend content in the past. The problem? Cursed tries so hard to be so many things that in the end it fails it’s an interesting premise and becomes a mess that drags on and can’t seem to get to the point of its premise.

END_OF_DOCUMENT_TOKEN_TO_BE_REPLACED 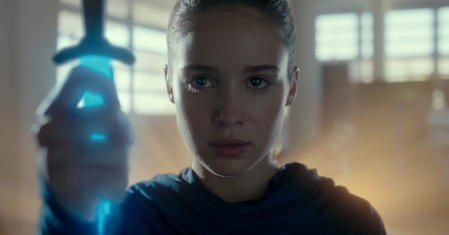 You know that feeling when you watch a show and you just can’t stop watching. Going into something completely blind, with no idea of what this is going to happen, that surprise feeling as the episodes pass and things get crazier and crazier. Sometimes it’s a nice surprise, others it isn’t. Going blind into Warrior Nun was the best thing I did. The only thing I knew about this show was because of the trailer that Netflix released. It was a nice surprise, a surprise that after I finished I wished I had taken more of my time watching because while the show is far from perfect, Warrior Nun reminds me a lot of another great little supernatural show that deserves a lot more attention, Wynonna Earp.

END_OF_DOCUMENT_TOKEN_TO_BE_REPLACED

In 2004, a film called Saving Face written and directed by Alice Wu came out. Telling the story of an Asian-American doctor who must learn to balance her life with her unwed pregnant mother and her dancer girlfriend. I was too young at the time to see it but once I discovered it as a teenager in the closet, I fell in love with it. I fell in love with Wu’s writing and directing. So waiting for her second film felt like ever, it felt like it would never come and then, Netflix announced that they would produce a film written and directed by Wu. To say that I have been anticipating The Half of It is an understatement. Alice Wu won my heart with her directorial debut, a film that had been able to win my heart and made me feel accepter. With The Half of It, she was capable of recreating those feelings that I had felt as a closeted teenager but she did it in a very unexpected way.

END_OF_DOCUMENT_TOKEN_TO_BE_REPLACED

To say there’s a resurgence of Stephen King adaptations the way some say would make it out like there was a drought of adaptations, which is obviously not the case. The longest gap between adaptations was 1976 to 1980 (Carrie and The Shining respectively) and also 2009 to 2013 (Dolan’s Cadilac and funnily enough, Carrie). We are running through his material at an alarming rate though, as four were made in 2017, and four were made in 2019. And depending on your own opinion, out of the 7 I’ve seen (Doctor Sleep hasn’t been released yet), 6 are great and one is mediocre – and to be fair, Pet Semetery may not be great, but it had some fun stuff.