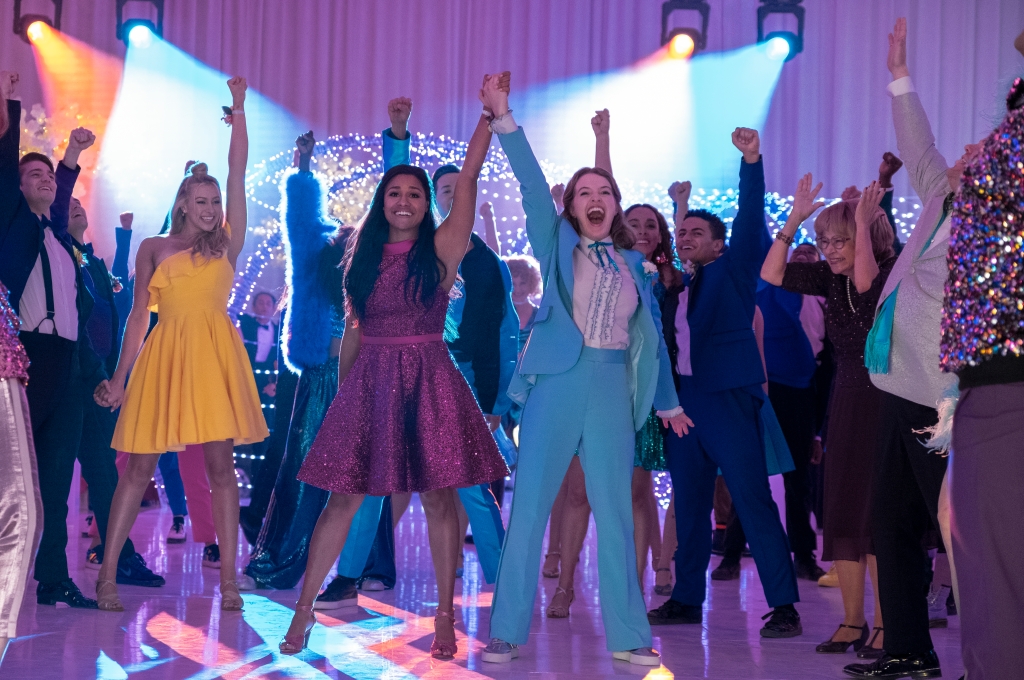 Prom, an event that so many queer kids are afraid of. For me, prom was this weird time in my life. See, I came out to my friends during my senior year, finally deciding that in order to survive and not kill myself, I needed to talk to someone. My friends became those people, who listened to me and told me that everything would be okay. I was the first one to come out in my group of friends, the first one to take the step. But while I was out to my friends, my family was another story. So prom wasn’t going to be a place where I was going to be myself completely. I wore a dress that my mom wanted me to wear, (and while I looked amazing in it, it was so not me that today when I show that picture to people it becomes a party trick because no one believes it actually is me.) and I went to prom with a guy instead of the girl who I was seeing at the time. High school wasn’t easy and prom was the cumulation of all that, a night where while I could be partly myself, I also had to hide so much.

So when The Prom opened on Broadway and I heard what it was about, I fell in love with it. I even bought tickets to go to New York and see it. (I never got to go see it as the show closed before I got the chance to go see it.) As a Broadway geek, The Prom was the musical I had been waiting for. A musical that spoke to me directly and that I could relate too. Sure my situation was different but I could understand Emma and Alyssa and I connected to it. I listened to the album non-stop, even bought the book adaptation, and when the film adaptation was announced, I was overjoyed. Now, with such high expectations, I had to prepare myself to feel let down by a project that I had followed and loved for so long. So how is Ryan Murphy’s adaptation of the musical? Well, I can say that it might be overstuffed at times (just like the musical was) but it keeps the same heart that the show had and provides a film that we really need right now.

Talking about Meryl Streep in a positive way is nothing new, we shouldn’t be surprised when she becomes someone else entirely in a film. But, the one thing I was worried about was her vocals. Dee Dee’s songs are all very vocally demanding, and Meryl has never been one to belt a song. While she sang in Mamma Mia, Into The Woods and Marry Poppins Returns her vocals were not the best part of her performances. But it is clear from her very first song that she had vocal work and made sure to be able to sing the notes just like the music intended to. Streep is capable of creating a layered performance from a character that on paper could be very one dimensional, but the choices that she makes create a character that you can’t help but root for.

Newcomer Jo Ellen Pellman has the difficult part of not only be the center of most of the plot but also hold her own against heavy hitters. Emma is not an easy character to portray, having to balance this strength that is needed to be able to be the only out kid in your town but also the vulnerability that comes with being the only out kid in your town. It’s a balance Pellman creates with ease and is capable of adding this youth to the musical, this strength that is needed in the show. Her voice pierces your heart, shattering it to pieces. It’s than she does something truly amazing and slowly she puts it back together as Emma’s journey advance and you find her finally get her happy ending. It’s a performance that deserves attention and showcases that Pellman has a bright future ahead of her.

And then you have the other side of the coin with Alyssa Greene portrayed by Ariana DeBose (Hamilton). If Pellman’s Emma is at the center of the story, DeBose’s Alyssa is put to the side a bit. The closeted popular cheerleader who is scared of being herself. But every time she is on screen, DeBose shines bright. Her vocals came from my soul and I would like to have it back if possible. Because I, truly, was not prepared. Nothing would have prepared me for her voice and performance. I will need some time to prepare myself to see her as Anita in Steven Spielberg’s West Side Story because if just from her performance in The Prom, I already know that she will deliver on every side as the iconic Anita and I have no clue if I will be ready for it. (Spoiler alert: probably not.)

Nicole Kidman (Moulin Rouge, Big Little Lies) and Andrew Rannell (The Boys in the Band, Black Monday) maybe don’t have as much to do as the other cast but their presence is always felt. Their two big songs were always two of my favourite and both killed it. During Nicole’s whole performance I couldn’t help but say “God I wish Nicole did more musicals.” because her voice is so perfect for it and her performance in Moulin Rouge will forever be a favourite one of mine. Kerri Washington (Scandal) and Keegan-Michael Key (Key & Peele, Keanu) both surprised with good vocals and performances that elevated their characters to be more than just side characters.

And then there’s James Corden… When the casting was announced, he was the only one that had me raise an eyebrow. He might be a Tony Award nominee but he seemed miscast. The thing is, this is probably James Corden’s best performance to date but it is also such a misguided one. One that seems so stereotypical, one that screams give me an Oscar, a performance that is so performative that it is hard to ignore. Barry’s story reflects heavily with Alyssa’s and Emma’s, a gay kid who’s parents couldn’t accept him and decided to leave them before they could leave him. His arc of reconnecting with his mother and coming to terms with his childhood trauma is one that many gay kids understand, but Corden’s performance doesn’t do it justice. Because he decides to act stereotypically, it feels like he is just putting on an act, never feeling like he truly understands his character and never feels real.

Musical adaptations are always a hit or miss, too often they don’t go big enough but sometimes they go too small. But if we know one thing about Ryan Murphy is that he knows how to create a show. And The Prom that for better or worst, Murphy continues to prove that the director/producer knows exactly to cater to his audience. Just like the musical itself, The Prom is a little overstuffed with storylines and if you are going in expecting it to be all about Alyssa and Emma, maybe lower your expectation. The film is really about Dee Dee and Barry, Alyssa and Emma being a device to make them change. But Murphy also knows how to balance multiple stories well enough that even if some loose thread slip through his fingers, he still put up a satisfying end product.

The Prom had me smiling from start to finish, a film that knows exactly what it needs to be. Just like the Broadway show, The Prom boasts a great soundtrack that is up-tempo and helps the movie be a lot more entertaining than it has any right to be. It’s a soundtrack that was one repeat non-stop for me when I first listened to the Broadway album and the movie soundtrack has been on repeat ever since I finished watching it. A film that is enjoyable and will be a nice multiple rewatch, The Prom might just be the feel-good film that we need right now.