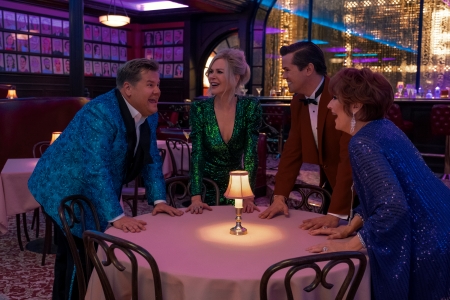 “There came a time where I couldn’t lie to myself anymore.”

In 1968, a little off broadway play that was incredibly ahead of its time came about. A play about a group of gay men who gather for a birthday party, only for an unexpected guest to intrude. It was one of the first times queer storytelling was unapologetically put on stage during a time not nearly as accepting as now; and only two years later a film adaptation came out and garnered one of its stars a Golden Globe nomination. For its 50th anniversary, Joe Mantello (The Normal Heart) revived the play for Broadway with an all star cast led by Jim Parsons (The Big Bang Theory) which ended up being a major hit. This brings us to this year’s film adaptation, with the same cast from Broadway, of The Boys In The Band.