The next and last volume of my round-ups for Fantasia! This was supposed to come out sooner, but to be honest, I felt a bit burnt out, but I’m trying to get back to my productive self. No other way to do so, but force it out, right?

END_OF_DOCUMENT_TOKEN_TO_BE_REPLACED

I got to talk to the director of one of my favourite films coming out of Fantasia, Clapboard Jungle. A great inspiring documentary about the hardships of making a film. You can read my review here. And read our conversation now!

END_OF_DOCUMENT_TOKEN_TO_BE_REPLACED

Maybe it says something to me that it felt like I very much needed a film that felt as brutal as this one (and that’s a discussion I should probably have with a therapist or something). But this was a film that I felt like I needed.

END_OF_DOCUMENT_TOKEN_TO_BE_REPLACED

I’ve told a few people and I included this film in one of the films I was most looking forward to, and I’m so excited to say that it didn’t disappoint in the slightest. This may be one of my new favourites of the year.

In 2018, I reviewed Our House and I fell in love. Not during my first watch, but it welcomed me back again and again. It was a film based in real fears and emotions and in my review, I stated that while it wasn’t filled with scares, I was scared of some of the things in it. Also, it was clear that Anthony Scott Burns was fascinated with science in regards to his films. And the same can very much be said about his latest, Come True.

END_OF_DOCUMENT_TOKEN_TO_BE_REPLACED

This happens with every festival really, you watch too many, you lose sleep, and then you almost lose excitement as the films bleed into one another. But, hopefully, if you’re lucky, you’ll find a movie that will energize and be reminded why you were once excited for this festival in the first place. And friends, that movie is Bao Tran’s The Paper Tigers.

END_OF_DOCUMENT_TOKEN_TO_BE_REPLACED

Another film that I was super excited for, but also, a film that seemed to miss the mark, not by much, but just a bit.

END_OF_DOCUMENT_TOKEN_TO_BE_REPLACED

Fantasia is going very strong right now, and it’s almost finished. But before I’m done with coverage (I’ve got a bit more up my sleeve still), I wanted to write about a few films that I don’t personally have time to write about since work has opened back up and I want to make sure I talk about as many films as I can. So, let’s begin, shall we?

END_OF_DOCUMENT_TOKEN_TO_BE_REPLACED 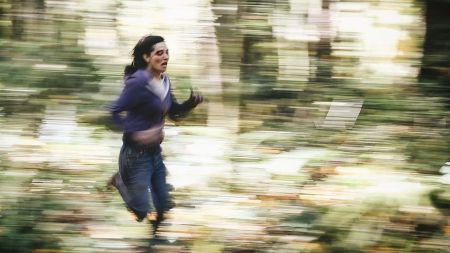 A lot of the time, when something is scary, its because of how tangible it is. But making a film or its scenarios unrealistic, you no longer have anyway of relating to what’s happening on screen. That’s not the case with Alone. We’ve all had moments where we swore and were under the impression that someone was following us. Whether it may be comedically as I’ve taken bus routes to the exact same destination at a random place in the city, or in the case of the film, having a car drive up right behind you and find you in the smallest towns possible.

Watching Alone made me realize, I had no idea that I needed this film, but throughout its entire run time, this was exactly the type of adrenaline I needed.

END_OF_DOCUMENT_TOKEN_TO_BE_REPLACED

The Oak Room proves that a great and solid script can absolutely make the movie on it’s own. On top of that, that we also need a lot more play adaptations.