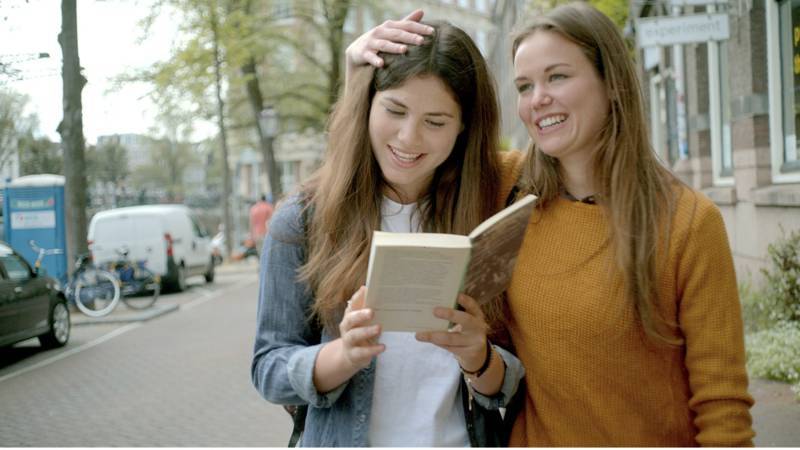 Web series can sometimes be tricky because not only is everything done in a much shorter length but they often have such a low budget that not everything can be great. This is maybe why often I tend to not judge web series and just try and enjoy them. But sometimes web series can do more because of the constraint that is put on them. And Anne+ is able to rise above all the constraints and creates a fully fleshed show with just six very short episodes.

Anne+ doesn’t try to change the game. It’s a simple story about one discovering themselves by revisiting their past. But the characters, especially Anne, are lovable, the chemistry between the characters and the writing elevates the show. Love is complicated and sometimes your love defines you even if it shouldn’t. Love is universal and we all understand it.

What makes Anne+ works so well is the way the character of Anne is so likable and it’s easy to connect to her. She’s just like us in a lot of ways and it’s nice to see a character that is struggling in life and love. Anne loves so much. Every episode is about her and exes and you can see how she falls in love so quickly. Hell, only one episode is really the inverse of that where she is the one having fun. It’s nice to see a character be so open with their love and that fact that that character happens to be gay makes it even more refreshing.

While I figured out the ending right at the end of the first episode, I remember turning to Andres and telling him I think this is how it’s going to end, I didn’t mind it. Because while the ending was kind of obvious, it worked because we spent the whole six episodes with Anne learning about herself and figuring out how to be on her own. Which meant that her going back to the start in terms of who she chooses wasn’t that bad since she had grown as a character.

Anne+ doesn’t have a big budget and that can be seen by the fact that most of the actions are set in the same settings but that doesn’t matter because it does the most of what it can with its budget. The format of it all does help a lot. Because each episode tells it’s own little story of a relationship, it makes it that we connect to Anne quickly. While some of her friends reappear, they are never has fleshed out as Anne and that doesn’t matter. Because the main thing is Anne’s relationships and those are believable. I truly believe that Anne falls in love with all the women and that is what that matters the most. I also loved how each title sequence changed with who the relationship was with only to end with the last episode dropping the + in the title since it was all about Anne.

While it does deliver us a satisfying ending, it was said during the Q&A after that a second season was on its way, this time on Dutch television with a bigger budget means that we will be able to explore the ramification of the choice that Anne makes at the end of the first season. It’s going to be interesting to see how it will change and if they will keep the same format or not but I will be looking forward to the second season.