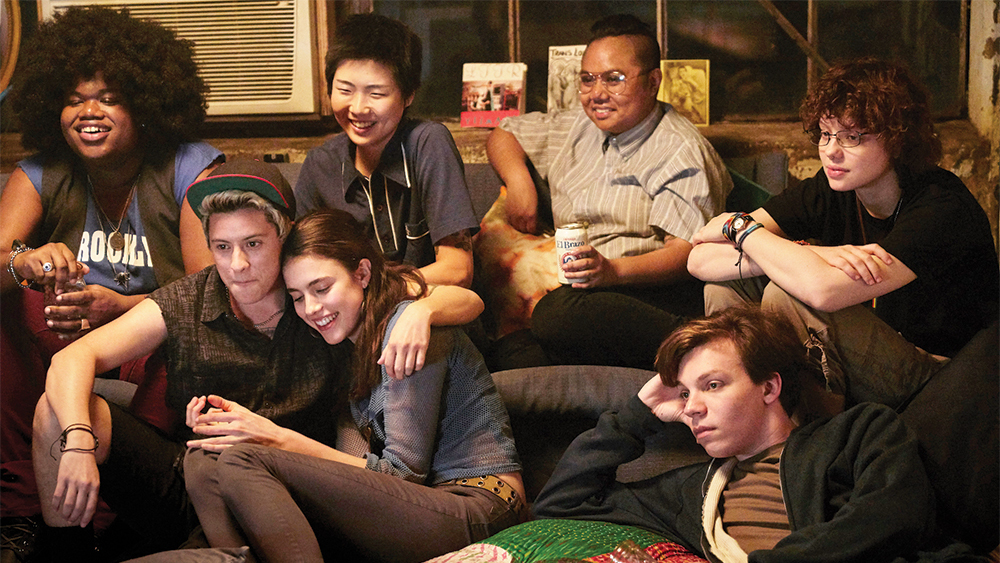 When I first heard about Adam I wasn’t so sure. It’s a controversial subject. A young man pretends to be trans so he can get a lesbian to fall in love with him. It’s a tricky subject that if handled by the wrong person, it could have been a real disaster. While some aspects of it didn’t sit with me well, it also didn’t do a mockery of everything. And that is a lot due to the fact that the film was directed by Rhys Ernst (Transparent) who himself is a trans man. Had the film been directed by a CIS person, the point of view would have been totally different. Ernst brings a vision and a truth that no one else but him could bring.

The best thing Adam does is being a comedy. It helps so much because it brings a very light tone to a film that could have been so hard to watch. Laughing helps with the hard scene like when they talk about the hard things the trans community has to go through. It also helps to open up the world. Because the film was directed by a trans man, it creates this little bubble of safety that you feel like it is okay to laugh at and with a kid pretending to be transgender.

My favourite thing about the film is that for most of it you believe that the central love story is between Adam and Jillian but in reality, it’s between Adam and his sister roommate, Ethan. Adam makes you think you know that you are watching a simple romantic comedy but instead, it’s a story about friendship and growing up. Learning about yourself and others is at the centre of it all.

I do wish that by the end Adam had bigger consequences to his action. The only real consequence is that he loses the girl he loves. But even then, after telling the truth to his friend Ethan, he is forgiven so easily. I get that you want a happy ending but I do wish that the truth had been revealed a bit earlier and the consequences of his actions had been explored more. Instead, everything is wrapped in a pretty bow in ten minutes.

What makes Adam works is the fact that Adam is the outsider. Because we are thrown into the story from his perspective, we learn along the way with him. The film educates on the subject, doesn’t try to make it look like Adam is getting away with what he is doing. He shows remorse, and even if he lies about his truth, he learns about others. His arc makes up for the fact that he is basically taking advantage of a minority that is fighting for its rights.

Adam could have fallen into a tricky situation where the story would have been overshadowed by the context of it all. But because of a script that is funny and a director with a clear point of view, it shines as a beautiful coming of age story. The characters all learn about themselves and change by the end of the film. While I do wish maybe more consequences for Adam’s actions had been shown, I get why it wasn’t. It’s a personal preference and doesn’t take away from the story and the message that is being told in the film.