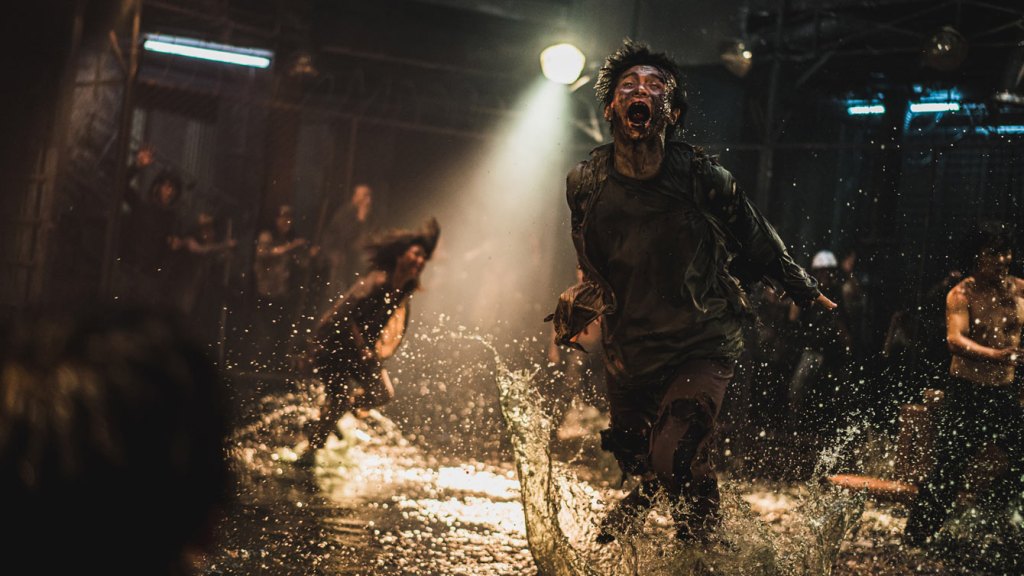 When I got the e-mail to potentially cover Peninsula, there was one thing that I knew I had to do first, and that was to watch Train to Busan first. I had four years to do so prior, but now there was a timeline for the next film, I rushed for it. And yes, I was aware it wouldn’t be a direct sequel or one that was directly connected to the first one. But I wanted an understanding of their world and zombies first before seeing where they would adapt.

The film opens up soon after the events of the first film, and we meet a Marine captain Jung-seok. Jung is driving his sister, her husband, and her son. They’re in a car driving to a ship that is going to leave South Korea. On the way, he drives past a couple with a child asking to be saved. Due to the risk in endangering his family, he drives past them onto the ship. Train to Busan is filled with a lot of tragic moments, so it’s safe to assume the same would remain for Peninsula. So, our “hero” Jung-seok is forced to suffer as well. Jung loses his sister and his nephew, but her husband, Chul-min survives.

The film then follows a four-year time jump. Sometime during all this, we see english reporters on a very cheap set filled with exposition to discuss what happened in Busan, and how it’s been four years. It’s clear it’s an after thought of the film. There are moments of English being spoken, but not an entire sequence. And also with all the vehicles, sets, and VFX found in the film, it felt as if the film ran out of its budget before we even started.

We pick up with Jung-seok and Chul-min living in Hong Kong having a meeting that they must leave their safe city, and must return to the quarantined peninsula (get it?) to find a truck that holds about $20 million american. If they are able to get the money and return in one piece, the two of them, and two other Koreans, they are able to keep and use some of the money in whatever way we see fit.

After that, we are running into the quarantined zones filled with more zombies. Peninsula reminds me of another zombie flick, I Am Legend. There are moments where the creatures can be intimidating, but there are also moments where it feels like a CGI blob is running at Will Smith. It’s these moments that I Am Legend, and Peninsula lose a few points. Train to Busan had similar moments, but because it kept all the story contained in a small, small train cart at a time, it raised the stakes because you’re unable to get away.

On top of that, the zombies of the previous film had this sleek movement attached to them. The way their body would move, would and should cause pain on a living person’s bones. It looks unnatural, humans aren’t supposed to bend in those ways. It felt fluid, like watching someone dance. That’s lost in Peninsula.

There’s an age old debate of Alien vs Aliens. Some, appreciate the and love the excess of xenomorphs trying to attack Ripley and her crew. But I love the simplicity and the horror of one creature killing everyone on her ship. One is terrifying, but more isn’t. Like I said, I love Alien and I like Aliens. Busan’s fear is contained, one cart at a time, and it builds with every cart they walk through. Peninsula is a great special effects vehicle and full of thrills, but feels like it lacks the punch that its predecessor had.