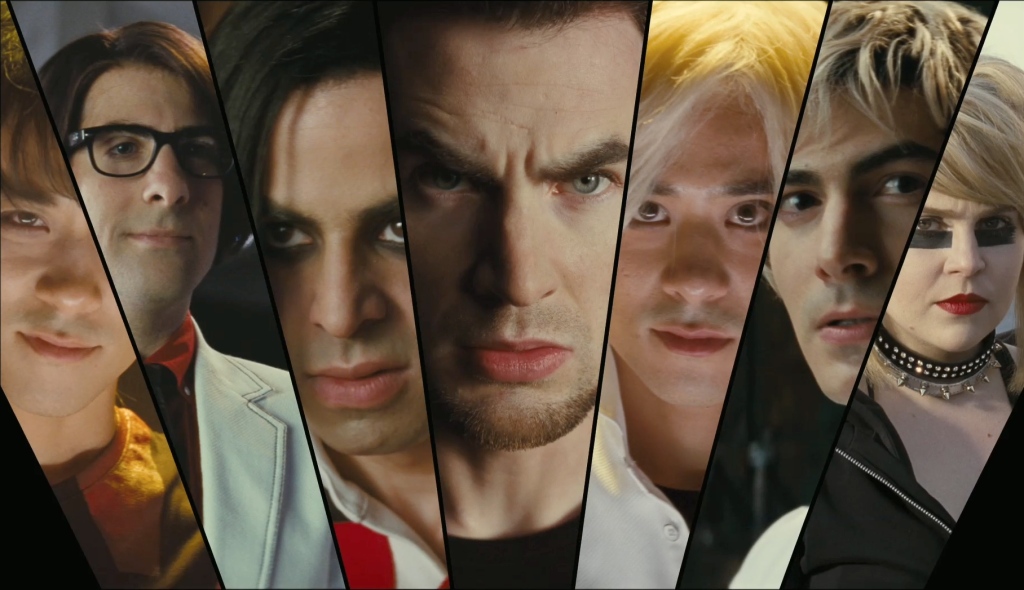 One of the most daunting articles I’ll ever tackle.

Scott Pilgrim is both one of the best graphic novel adaptations, but also I’d be willing to argue, the best video game film of all time.

I came late to the party for Scott Pilgrim. I didn’t read the graphic novel series until after the film came out, and I sadly didn’t see the film during its initial run. I can’t even really remember the first time I saw it, it just feels like it’s lived with me for the past ten years.

It wasn’t until this year, on January 1st, I was able to see the film on the big screen. The Paradise Theatre in Toronto ran a series called “Toronto Plays Itself.” A lot of films are shot here in “North Hollywood” but they’re always used to be a stand-in for other cities, never it’s own. Even directors like Guillermo Del Toro, who loves the city enough to film all his films in our city doesn’t allow Toronto to be Toronto (but this is passable, his films aren’t typically based in real-life cities or scenarios anyway). His film The Shape of Water is a love-letter to Toronto though, the way he films inside the Elgin, or the Lakeview Diner, or the apartments and rooms outside Massey Hall, the love for the city makes it a Canadian picture, or a Torontonian picture.

I’m making specific points about the city because that’s exactly what Scott Pilgrim did for the city as well, except they acknowledge it entirely. Every time I walked into Sonic Boom before they moved from their original storefront, I was reminded about Scott talking about Clash at Demonhead, or when they’re at Pizza Pizza across from Honest Ed’s (RIP), or going to Lee’s Palace. These are all staples of what it’s like to be in and from Toronto. That’s why I’ll forever be on the look-out for this poster.

As everyone knows, this film was a financial bomb when it was originally released. But over time, it’s praise and appeal just got better and higher.

For those of you haven’t seen the film yet, first, what are you waiting for? Second, it finds Scott Pilgrim (Michael Cera), our titular character is 22-years old and he’s dating a 17-year old Knives Chau (Ellen Wong) while being in a band named Sex Bom-Omb and eventually falling for Ramona Flowers (Mary Elizabeth Winstead). He tries to date both women at the same time for a quick minute, but in order to properly date Ramona, he must face her seven evil ex boyfriends.

As you’ve seen in the picture up above, the cast is massive. Most actors are mostly in for a few scenes at most but almost everyone is a star in their own rights at this point. Or, a character actor that you’ve seen at one point and made an impact. Outside of the three I’ve mentioned, there’s also (breathes in): Chris Evans, Anna Kendrick, Brie Larson, Alison Pill, Aubrey Plaza, Kieran Culkin, Brandon Routh, Jason Schwartzman, Mark Webber, Mae Whitman, Thomas Jane, Bill Hader, Satya Bhabha, Clifton Collins Jr. and Erik Knudsen. Side note, I wasn’t aware Bill Hader was “the voice” in the film, though I’m not sure which voice they’re referring to, but I will look out for it.

If you had watched the table read that they recently put together with Entertainment Weekly (if not, click here), there’s also so much love with the cast. Not only with each other, but also for the film. When Satya appears to play Matthew Patel (the first evil ex), he mimics his choreography from the film. It’s these moments that are engrained and are meaningful to them, just like they might be to us. The cast applauds as Michael Cera screams out after the revelation that bread makes you fat. And listening to the dialogue and the descriptions help the audience see how Edgar Wright writes his scripts: utterly hilarious. His transitions are built-in, he pokes fun of the script and the genre he understands so clearly.

By the time Edgar Wright released Scott Pilgrim, he was already a household name to some, especially to those in England. He created Asylum in 1996 where he first met Simon Pegg. And then when Simon Pegg created Spaced, he brought Edgar Wright on board to direct every episode. From the success from Spaced, he went on to write and direct Shaun of the Dead, and soon after Hot Fuzz. Both these films were massive hits, and his next two films after Scott Pilgrim (The World’s End, Baby Driver) just got bigger and bigger responses. But in reality, I believe this is Edgar Wright at his most Edgar Wright.

Edgar Wright is a film nerd who loves genre, and utilizing it to perfection. This is why his films work so well. Every film is a testament to the genre it’s based on. Zombie horror flicks, to American action movies, or to video game/comic book movie adaptations. In 2003, Ang Lee made an experiment of a film when he made Hulk. In recent years, the film has been appreciated more as a true adaptation of a graphic novel to life. The strange comic panels that come to life. Scott Pilgrim does the same thing. There are moments (like sound effects that are written out on screen) that feel ripped out of the graphic novel.

But on top of that, there are a lot of cues that are also based around video games, and to be specific, fighting-based video games. It feels like a video game on screen, and it’s incredible.

It’s a film I’ve revisited too many times to count since it’s release, and it’s always a film I love more when I watch it. It feels so specific to a feeling and a moment. It’s also a memorial to places in our – or my city. But on top of that, it makes me think about my relationships with people and friends. The way we hold ourselves back with baggage, and how you can’t accept other partners in your life (romantic, or platonic) without accepting their baggage either. There are things that people have done that may change who someone may be, but that doesn’t always define them. There are obviously exceptions to that statement. It also helps me attempt to give myself more confidence in myself.

It’s also worth stating that when you might watch the film for the first time (or like me, at a way younger age), it’s easy to misunderstand some of the bigger themes. And it’s like Fight Club, where you might want to root for the person you shouldn’t (I know Scott Pilgrim isn’t as bad as Tyler Durden, but c’mon), but in the end, you relate to Knives, or to Ramona. The way our past attempts to dictate our future, or how you need to understand your self-worth and realize you’re worth more than your toxic (boy/girl)friends. But also, fight for what you love, and who you love, and hopefully that includes yourself.

In case you’re someone who hasn’t seen the film yet, go do so. When theatres open up eventually, Edgar Wright plans on doing a ten-year anniversary screening. As someone who got to see it in January, it’s an incredible joy to watch the film on the big screen. It’s filled with energy and it will give you the breath of fresh air that will leave you smiling.

And if you have seen it, you know I’m right when I say you should watch it again.