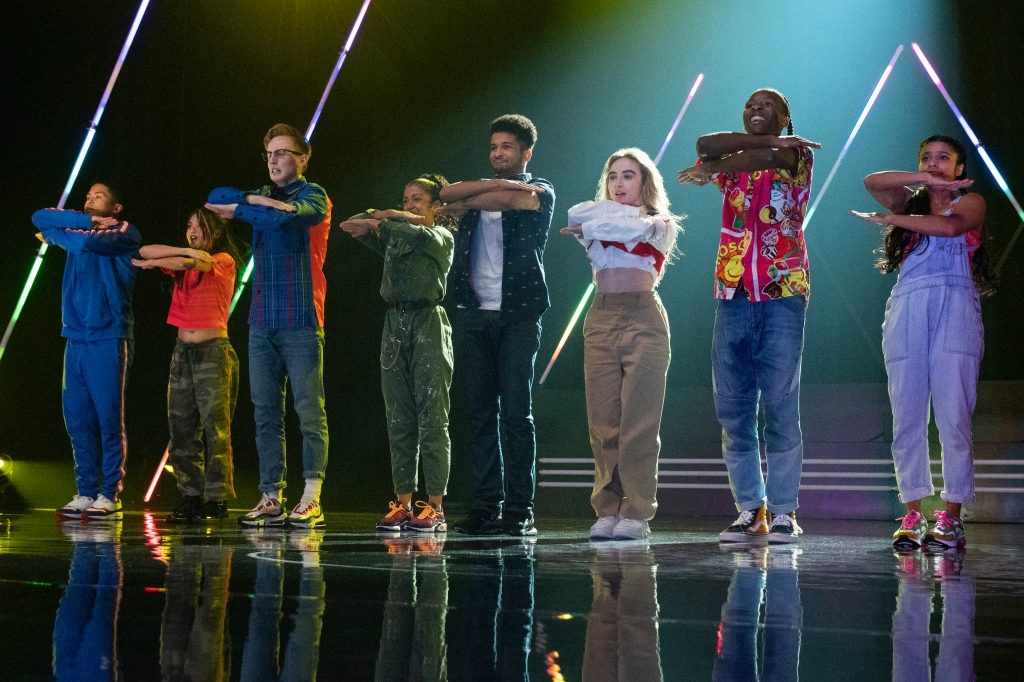 Sometimes movies don’t need to be more than just a few hours of fun and then you put it away and not really think about it again until someone asks you to watch it with them. That is exactly what Work It was for me. A film that I will only truly watch again in a group setting when people ask me to watch it. And that’s okay, not all movies can be the one that blows you away. Work It works because it knows what it needs to do, doesn’t try to do more. It’s fun but forgettable.

The one thing I will say about Work It is that it has a stellar playlist and I hope Netflix creates it an put it on Spotify and Apple Music because all the songs (and remixes) worked. I did end up laughing when Sabrina Carpenter’s song started playing in the movie at the end. It wasn’t over the credits or anything, no, during a scene where she heard her own song… There is one scene in particular when Sabrina’s character finally gets it and dances while filling things away to the beat of the song. That was pure chef kiss.

The main cast is solid, Sabrina Carpenter (Girl Meets World) is believable as someone who can’t dance, even if I know she can’t because I have seen her dance on shows before. Jordan Fisher (To All The Boys I Loved Before 2) continues to be perfect in everything and is the strongest actor in the film. But the film, to me, belongs to Liza Koshy. I have been following Liza since her Vines days. And yes, she plays the same character we have seen her play for years on her Youtube Channel, but I just can’t help it the woman is funny. I do wish that the characters outside Sabrina’s and Jordan’s were explored more. I could not even tell you the name of the rest of their dance crew, most of them did not even speak a word in reality. Keiynan Lonsdale (The Flash, Love Simon) is one of the few characters that I couldn’t help but be disappointed in. I wanted to love him because I love Keiynan but he is nothing but a stereotype and never truly feels like a real human being. Maybe that is what they were going for but the problem is that he is the only one that is like that and it simply doesn’t work.

Also, side note, can we all agree that Michelle Buteau is the best? She needs her own show, her own movies, everything, just give her everything. I need her to keep popping in every Netflix comedies just for a few scenes because every time she is the best part of the film.

Does it have the strongest script? No. I predicted the whole movie within fifteen minutes but it didn’t matter because I enjoyed it. The pace worked, the directing was good, the acting was on point and the music worked. It was exactly what it needed to be. Dance films have never truly been changed, they follow a formula. Underdog joins a crew, gets a little hope, gets sabotage, things go super badly and by the end, they win and everything is okay. But that formula works because by the end I was rooting for the group. (Whose name was TBD and I think that might be a genius name honestly.) I wanted them to win and I was happy when they did. I wasn’t surprised that they did, I knew it would happen but still, I had fun with it and that was enough for me.

Work It does not reinvent the genre of dance film. It plays it’s hand as we expect it, following the beats that we know from classic (or non-classic) dance films of the past. But it doesn’t mean it’s not fun. It boasts a spectacular cast, an entertaining soundtrack and dance numbers that are on par with what dance films usually give us. Will I remember it by the end of the year? Probably not. Did it entertain me for it’s running time? Yes, it did. And that is probably the best this film could have ever done and I will not fault it for being an entertaining film that knows exactly what it is.