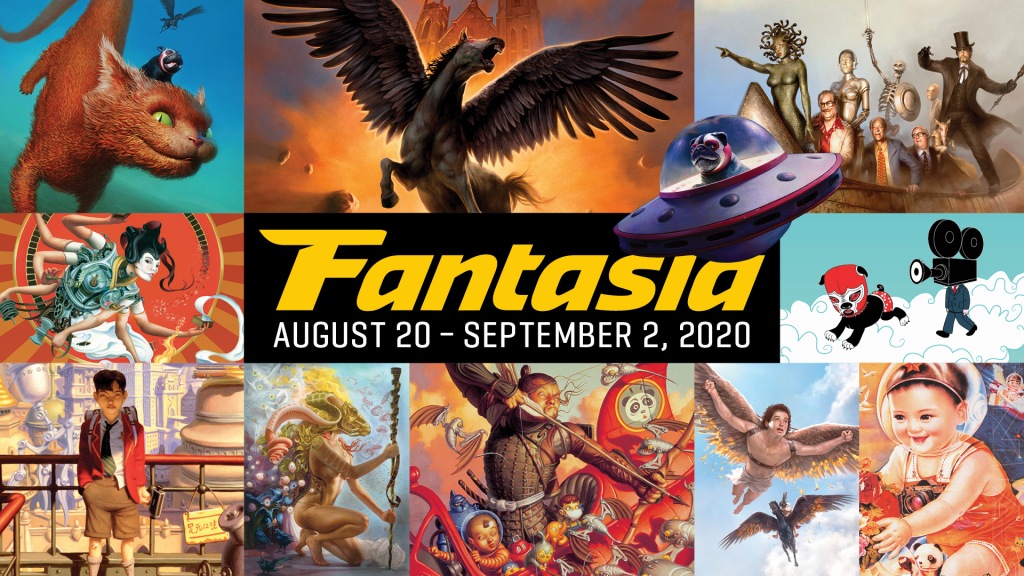 I had the incredible pleasure of being able to talk to the director of one of my favourite film’s coming out of Fantasia. John Hsu directed the absolute hell out of Detention. Detention was the first film that I saw out of the festival, and it set the exact mood and feel that I wanted for the rest of the festival.

It’s only playing once during the festival, and that is tonight (August 24th) at 7 pm. So read my interview, buy a ticket (it’s only 8 bucks, cheaper than Cineplex – and safer than Cineplex) and enjoy a truly great film.

Andres: How are you?

Andres: Yeah, I got an e-mail telling me that it would be 11:30 pm for you, and I thought that was late for an interview, so thank you for that.

John: Honestly, it’s fine. I’m not the type of person who sleeps early.

Andres: I feel that, I normally go to bed around 2 or 3 in the morning myself.

John: Yeah, it’s basically the same for me.

Andres: So I was wondering, how was the game [Detention] first introduced to you?

John: Yeah, I’ve been a gamer since I was 10. So I was following Detention‘s development for quite a while, since they released their first trailer. Like one year before the release I think. And then I was really looking forward to the game, and I finished the game on the release date. Like immediately after. So I was so surprised by the writing of the game. The story was suprisingly powerful. I cried when I saw the ending scene of the game.

Andres: How soon after did you know you wanted to adapt it yourself?

John: After finishing the game, I sort of became a preacher for the game to people I know in the film industry, telling them somebody needs to make this story into a film. So I started talking to everyone I know, and they ended up asking me if I wanted to be that someone. So it was quite soon, the game was released in February, or March – no wait, January of 2017 – and we started the adaptation of April by talking to developers. Or in May.

Andres: That’s a quick turnaround. In my review that I’ll be posting, I state that it might have become my new favourite video game adaptation.

Andres: Were you a bit afraid, or anxious about the reputation of video game movies?

John: Exactly. Because as a gamer, I know exactly where that kind of fear would be coming from.

Andres: I’ve seen a few people mention Pan’s Labyrinth as reference point to it, both are super dream-like. Was that one of your references?

John: Yeah, definitely. Because its not only a horror film that talks about some characters that are in between the two worlds. But it’s also about a very sad historical background. So it’s definitely one of our references in early development. But the thing is, we were not sure about how the Taiwanese audience react to this kind of production because Pan’s Labyrinth didn’t do well in Taiwan when it was released. I think that type of popular culture was too far away from regular Taiwanese film audiences. We were a little bit unsure on if that’s the approach we wanted to do it, but in the end, I think we found that kind of balance in a regular genre film and something that’s more complicated.

Andres: For sure, because – as I saw with the Golden Horse awards, you guys won a lot of them. [5 to be exact, Best Adapted Screenplay, Best Visual Effects, Best Art Direction, Best Original Song, and Best New Director].

John: [Laughs]. That was kinda surprising to me too.

Andres: What was the experience of getting Best New Director like?

John: It was kind of surreal. Because we’re the ones that’s making it, we know all the flaws and the things we want to improve but we didn’t have the strength of experience to finish it up. We were still under that kind of reflective period when we got this overwhelmingly positivity, so its a little bit hard to digest all these kind of things.

Andres: You’re now working on a second VR project, so how did you get involved with doing VR?

John: We have a film festival in Taiwan called Kaohsiung Film Festival, they started funding VR projects back in 2017. And they invited me to be one of the first set of directors collaborating with them on VR projects. So that’s how I made my first VR project, it’s called Your Spiritual Temple Sucks, and it was a satire to play with the Taiwanese traditional ritual. I think it’s also because I was a gamer, so making a VR project, it’s something similar to making a film but also as a game. So it’s something in between.

Andres: Can you tell us a bit on, is it harder or easier to direct VR versus a more “typical” film?

John: The way to tell the story is different because a film is a linear experience and you can control what the audience is seeing. But as a VR project, you cannot control that at all. You don’t have blocking, you no longer have editing. You need to come up with visual or sound cues to direct the audience to look at different things. And also the environment plays a bigger role than the character. So because of the presence of the audience, when they’re putting on the headset, it’s like we’re putting them to somewhere else. This new reality. So they usually spend a lot of time checking all those tiny details that are irrelevant to the story. So you need to find that balance of the time they’re checking that stuff and the progress of the story. The mentality of making a VR project is so different.

Andres: You said you’re a gamer, so I was wondering what are some of the games you’ve been playing ’cause especially with COVID, a lot of us gearing towards our – another side-question, are you a console, Playstation or Xbox type of guy –

John: I play on mostly everything. I play on PC, and also on PS4. And I’m a big fan of those indie games as well. So whenever there’s something big that people are talking about, so this year, Taiwan hasn’t actually been hit that bad from the pandemic – we have a really good strategy against pandemics. It’s not like our life has stopped, so it’s stayed a pretty busy year for me. After Detention, I’ve been finishing the VR project and I’m writing my second feature. I pretty much spend these days writing. I think the only game I played was The Last of Us 2.

[Mild spoilers for The Last of Us 2 begins]

Andres: I’ve made my way through a good chunk of it. I am currently stuck in a part in the hospital as Abby –

Andres: Yeah. So I’m aware of it because a friend of mine [it was Arianne, she’s the one who’s beaten it and informed me] has already played it. But the giant creature that’s going to face me. I am terrified of what that’s going to be like, so I’ve been too scared to go forward in the game.

John: You can always dial down the difficulty though.

Andres: Yeah, I know I can, but it’s more so the fear of it running at me, you know? I went on YouTube to see what it was like [watch here if you’re brave] and I realized that was a bad idea, and it made it worse.

Andres: I’ve told too many people to count to watch Detention when they can, and I’m looking forward to everything else you’ve got coming.

John: Thank you. Have you played the game before?

Andres: No I haven’t, I think I’m going to try and play it once Fantasia is over and I can freely do so. I also watched about 5 minutes of the playthrough online as well, and I like the look of this, and need to also say, you very much captured the tone and atmosphere of the game.

sJohn: Yeah, because after watching the film, I still recommend the game a lot. Cause the story is constructed as a game. I think the game is the best way to experience the story. Even as the one who made the film. [Laughs]

To watch Detention as part of Fantasia on August 24th at 7 pm. Buy your tickets here.

I’ll keep the site updated and pay attention to when the film is released wider and open to more audiences.