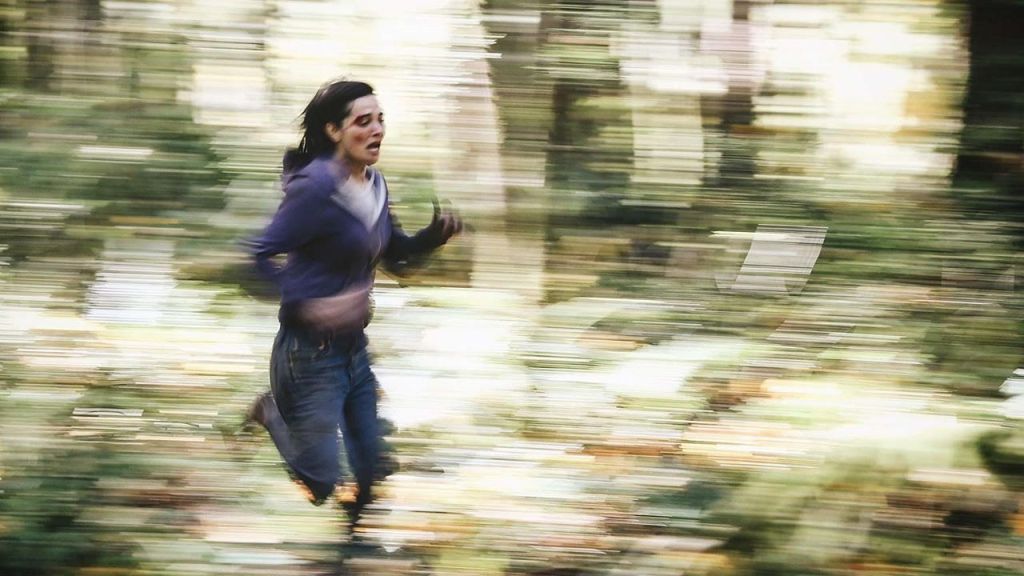 A lot of the time, when something is scary, its because of how tangible it is. But making a film or its scenarios unrealistic, you no longer have anyway of relating to what’s happening on screen. That’s not the case with Alone. We’ve all had moments where we swore and were under the impression that someone was following us. Whether it may be comedically as I’ve taken bus routes to the exact same destination at a random place in the city, or in the case of the film, having a car drive up right behind you and find you in the smallest towns possible.

Watching Alone made me realize, I had no idea that I needed this film, but throughout its entire run time, this was exactly the type of adrenaline I needed.

Alone stars Jules Willcox (Bloodline) as Jessica, a widow who leaves the big city after losing her husband. On her drive out of the city, she encounters the Man (Marc Menchaca). And she encounters him, again, and again. It’s clear she’s possibly being followed. The film uses the dark, lonely, and quiet highways to amp the tension up to 100 as we know that he’s coming for her, we just don’t know when, or how he’ll get her.

John Hyams (Universal Soldier: Day of Reckoning) was given the script to Alone nearly seven years ago. He speaks about a true testament to the script, is how stripped to the bone it is. It’s minimalistic, we are immediately thrown in. As the film progresses, you see how Jessica thrives and pushes through her own grief to attempt to survive.

Sometimes, we get to a point when we want to give up. You’ve run out of hope and faith, in people and yourselves. For a moment, the film felt like it was going to fall down the rabbit hole and be compared to 10 Cloverfield Lane, but it doesn’t, we’re never meant to guess if the Man is going to hurt her, we’re meant to hope she doesn’t let him. Jessica gives him a hell of a fight. Running, constantly moving, making him do so much to get close to her again.

In reality, the film is clean and looks gorgeous. And the way the film tracks and follows Jessica as she runs and drives away for her safety, you can feel the tension in every frame of the film. I feel like a broken record during this festival but the truth is, there isn’t a whole lot that I’m seeing that I’m not a fan of – and then on top of that, it makes it really hard to pick my favourites.