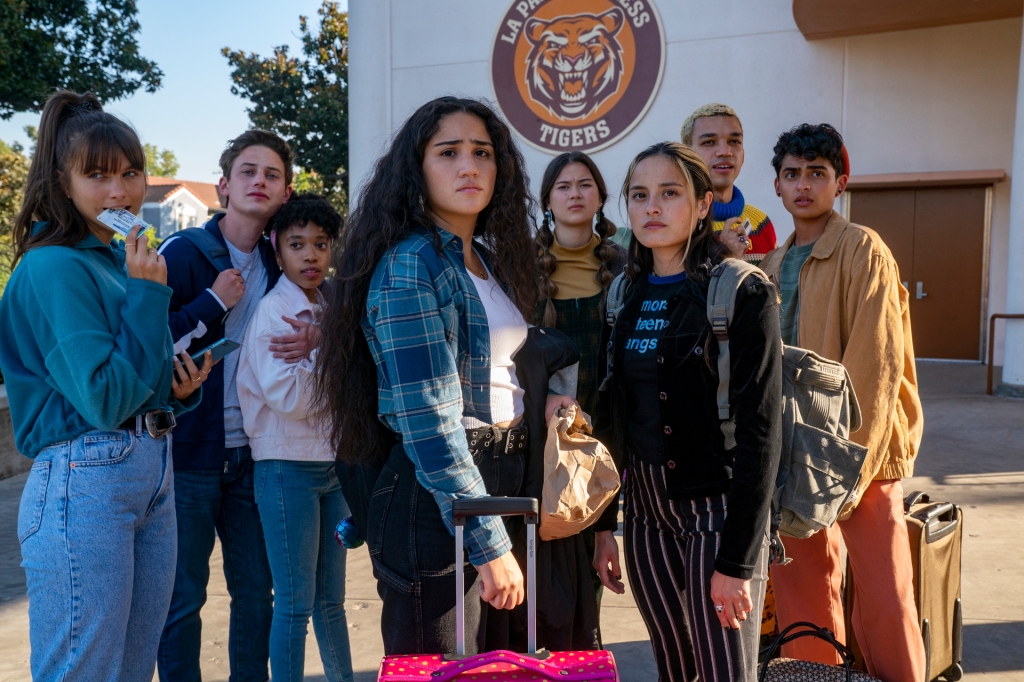 Do you ever watch something and within seconds of it starting, you just know you will love every second of it? That was Generation for me. From the very first frame to the last second of the pilot, I was captivated, my eyes peeled as I discovered this world. I sat and watched the first four episodes of the season fascinated by the world that was being shown to me. I was pulled into a world that felt lived in, with characters that I somehow knew, with stories that had me jump out of my seat out of excitement or even embarrassment, it was exactly what I was craving, a high school dramedy that yes, didn’t take itself too seriously, but also wasn’t afraid to tackle subjects that are usually left to pure drama shows. It felt fresh and innovative, making me want to discover more and by the end of the fourth episode, I was rooting for these kids.

I have struggled to put into words the feelings I had while watching. High school shows have always been weird for me. Not because I don’t find them realistic, honestly, I don’t care if they are or not, I don’t watch television for realism, in all honesty, I watch it for escapism. My high school experience wasn’t good, I was anxious, depressed and in the closet, if I am honest, I barely remember it. Television was escapism for me, a way to see the world through the eyes of someone else and not be myself. Sometimes when I watch shows, I wonder how high school Arianne would have reacted. I remember watching Euphoria last year and having to stop it multiple times because of how real it all felt, how I understood Rue watching Love Island instead of going to the bathroom. I felt every emotion that high school me would have run away from. That is exactly what I was pondering while watching Generation. How would have high school Arianne reacted to this show? The queerness of it all bleeding off the screen, the liberty that it all seemed to bring everyone? Growing up ashamed of myself and seeking television to feel better, what would have happened if a show set in high school where the main characters seem so comfortable with their queerness? Sure, I had Skins for a while, but even then, I discovered that towards the end of my high school life. The only queer characters I knew growing up were Arizona Robbins from Grey’s Anatomy and Willow Rosenberg from Buffy The Vampire Slayers. What would have happened if someone told me I could watch a show so queer that I maybe would have felt better about myself?

Generation lives and dies with its characters. (And if I am honest, I would die for every single one of them.) Shows often work with archetypes, the bad girl, the good girl, the nerdy one, the slut, etc. But if Generation makes you believe at first that it might be like that, it pulls the rug from right under your feet. The best example of that is probably Justice Smith’s (Detective Pikachu, The Get Down) Chester. At first glance, Chester seems like the typical gay character that we see all the time, the one that is over the top and often too much for everyone around them. The type that is so stereotypical that you can’t help but roll your eyes. But then, you look deeper and you see the truth about him. Chester is also the star of the water polo team, he has anxiety and his way of compensating is by making everything a joke. It’s a coping mechanism that I understand, as someone who likes to make a joke out of everything to hide how much I am truly hurting inside. Chester might look one way but when you look deeper, as the show reveals more and more, you see the truth, a kid trying to survive and not drown in this crazy world.

Queer television is often all about being queer, always about the queer experience in the world. And yes, Generation has this aspect, mostly with Nathan (Uly Schlesinger) and his own journey with his sexuality, but it is also so much more. It’s about being a teenager in today’s world, about having to deal with school lockdowns, with sex, with love, with depression and anxiety, it’s about just living. Living or trying to live, everyone has that struggle, that struggle of trying to survive and make something of yourself. Having a one-sided crush, or maybe sleeping with the wrong person, being a teenager is messy and making mistakes. Generation understands that, understands that it’s not pretty and will never be.

Queer friendships are not often put into television, more often than none, queer characters are alone and just there to fill in a quota. Too often our stories are about coming out and suffering, friendships usually take the back-burner. But Generations is full of them, those stories are important and showcase the best and worst. It’s refreshing to watch queer kids find each other. In episode three, there’s a moment between Chester and Greta (Haley Sanchez) where at the aquarium, Chester realizes that Greta is pining over someone who doesn’t seem to see it, and the two just sit there, together and talk and without ever saying the words, they both acknowledge what we all know. It’s effortless, the show doesn’t make a big scene out of it because in life we wouldn’t. Chester is there for Greta, listens to her and helps her but doesn’t ask her anything, just is present. Because he understands her, understands what she is going through. It’s a small moment but one that sat with me, one that I remember thinking about and remembering conversations that I had with my friends and how we talked without saying anything, how our friendship wasn’t based on the fact that we were gay, but it was also part of our foundation.

As I watched the first four episodes, it became clear to me that Generation wasn’t running away from anything. Flawed and troubled, these characters feel real, in a world that was lived in before we arrived. In four episodes, it creates a story that is relatable with a cast of characters that everyone can find at least one to identify with. I hope this show gets the Euphoria treatment and finds an audience because it deserves one, one that will be invested and crave more. I personally, will tune in and watch, laugh, smile and maybe cry with this group of kids that are just trying to make it out alive and maybe, find happiness along the way. Generation might tell the story with a generation that I can’t always relate to being ten years removed from high school, but it is proof that sometimes we are all the same. Because just like these kids I struggled in high school and I understand them. And that is the shows strongest point. Proof that sometimes, we are all way too similar.