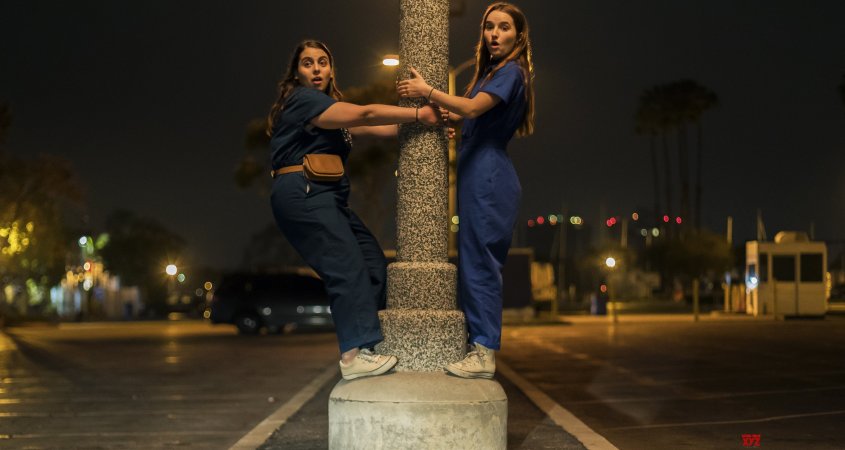 Movies are an escape. They are a way for us to spend a few hours to forget our lives. It can make us happy, sad and even, sometimes, angry. But to me, the best movies are also the one that when you walk out you can relate to them on another level. Those times that when you leave the theatre you can’t help but self reflect and find out why you connected to it so much.

Every year I have at least one. There’s something incredible of walking away from a movie and just saying: “God I wish I had that in high school.” Two years ago, it was Lady Bird and last year, it was Love, Simon. This year, I believe that this film will be Booksmart. These last few years, a few high school movies have come out and made me wish I had them in high school. Yes, I had Mean Girls or even High School Musical but I could never connect to these movies on the same level that certain films of the last five years. And I think, this has a lot to do with representation and seeing myself, or who I was in high school, represented on screen.

Booksmart is funny, witty, and batshit crazy. It is one of those films that you can’t stop laughing from beginning to end. Often, in high school movies, characters are put into one category and can’t be anything else. But Booksmart is intelligent and shows that everyone is more than just the high school tropes that the media wants you to believe is the truth. The intelligent kids are also fun. The party girl can also be intelligent. The jock can also be a bit of a nerd. It showcases the way high school actually is and shows how the writers actually talked to high school kids and learned about them instead of just writing to what mainstream media has been saying about them for so long.

The main duo composed of Molly, played by Beanie Feldstein (Lady Bird) and Amy, played by Kaitlyn Dever (Short Term 12) works because you believe that these two are best friends. Their chemistry is off the hook and they both bring the best performances out of the other. Beanie and Kaitlyn both blew me away in other films before but with this one they show that they are two of the most promising young actresses right now. I just think of the sequence of them on drugs and with just their voices you feel everything, it also happens to be one of the funniest moment of the film.

But if there’s one performance that stands out even more then it’s two leads, it is the one from Billie Lourd (Star Wars, Scream Queens). On the surface, her character isn’t that fleshed out but the performance that she gives makes you forget all of that. She makes you laugh so hard because her character makes no sense. Her introduction scene is my favourite, it’s so out there and just tells you everything about her right away. She might be the most shallow character in the film and the character that doesn’t really get the very developed treatment but Lourd does something so good with it that you can forgive it.

If there’s one thing that I think didn’t work that well in the film is the way the music is utilized. At times, it’s perfect. Sometimes it works really well but others it just feels like they are using it to fill the silence and it a little bit difficult to concentrate on what is happening. Of all the film, that is the only thing that I couldn’t get behind and that is a pretty small thing because once I got over it, I was able to look above and see the near-perfect movie that I was watching.

Every so often, movies that happen in one night only are sometimes too much. They don’t feel realistic, but with this, I felt like they never did too much. Because the story never felt like it was becoming too long. Often movies will spend too long in one setting and so when they get to the other one then it doesn’t work because too much time has passed. The pacing isn’t right. But for Booksmart the pacing is perfectly done. Everything works well and so the events unfold in a way that makes sense and hold up to a timeline.

Because Booksmart doesn’t pigeon hold it’s characters to one stereotype or trope, it is able to do more with its characters. Molly’s arc in the film is about that realization, that not everyone is just one thing. She knows that she isn’t, but she doesn’t understand that others are too. Amy isn’t in the closet so her arc isn’t about her coming to term with her feelings, something that is a breath of fresh air in a coming of age story. Her story instead revolves around her finding her voice. Those arcs are simple but the way they are executed is simply extraordinary.

Booksmart is the near perfect coming of age movie that we haven’t had in a very long time. The fact that it knows what it is and goes full on with it is great. It doesn’t try to be something it isn’t, instead, it decides to not only accept it but also showcase it. Great acting with a great script and a direction that doesn’t falter creates a little movie that we will remember for a long time among the best coming of age story.

So be sure to catch Booksmart in theatres starting May 24.