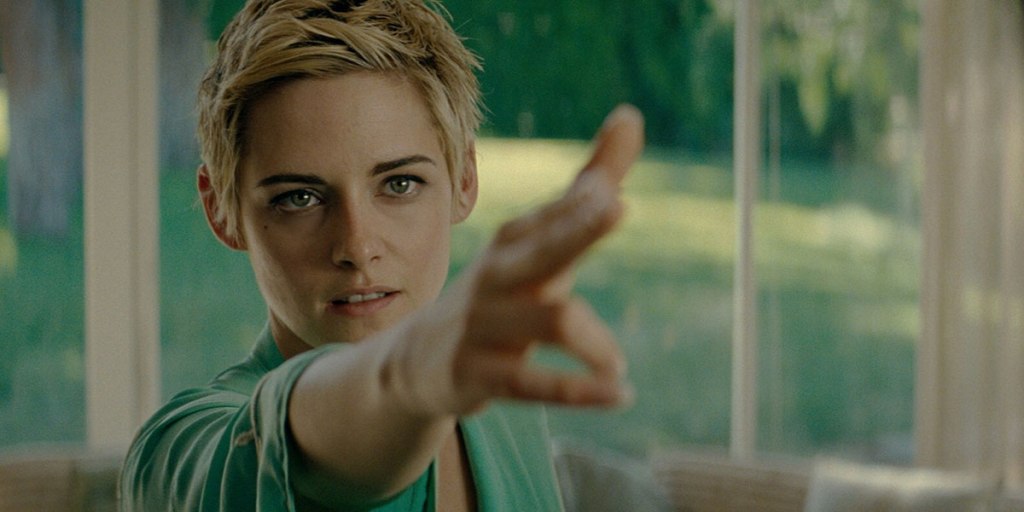 Jean Seberg became an icon after starring in the film that would start the French New Wave, Jean-Luc Goddard’s Breathless. She became a staple in French cinema and her star burned bright after. While never really being able to escape her feature debut as Joan of Arc, a role that left permanent scars not only on her body but also on her mind, Seberg disappeared from Hollywood and would go on to die from what appeared to be suicide after disappearing for ten days just a few days after the anniversary of her daughter’s death. But the real mystery came between those years before she left Hollywood where a few years she found herself being a political activist in the United States and found herself at the centre of an FBI investigation that would end up kind of ruining her life. This is period of her life is explored in the biopic Seberg starring Kristen Stewart in the titular role.

Kristen Stewart as being able to create herself a portfolio of work that is strong. While some might still scruff at her name, just like they do at Robert Pattinson’s, she has been able to shed her Bella Swan image from Twilight and nothing is more evident than with her work in this film. While her performance starts really small and contained, she plays the emotional scene as Jean starts to break down perfectly. While not on par with my favourite role of hers, Clouds of Sils Maria, Stewart continues to prove that she is a fine actress. The scene where Jean is having a mental breakdown and tries to find a bug that isn’t there is heartbreaking and Stewart sells Seberg’s desperation in a subtle but powerful way. Without her, the film would fail because she is by far the strongest component of the film.

The other strong performance of the film belongs to Jack O’Connell. He does everything he can with his role but he is also my main problem with the film. This film might be about Jean Seberg but because he was added, it makes it feel like it becomes his film too. While doing research, I quickly realized that Jack, the character that O’Connell plays, is probably an invention and that makes it worse. Because we could have had the story without him. Having the FBI investigation is interesting but we didn’t need him to become the reason why Jean gets better by the end. She was strong and her film should have been about her and no about someone else too. A lot of time is spent with Jack and because of that Jean’s story starts to feel like a second thought at times.

Shot by Rachel Morrison, it’s no surprise that the film looks great. Morrison has been making a name for herself in the last few years and she has an eye that just pulls you in. Her camera sees the little things that you wouldn’t and she is able to create frames that look like art. While not flashy like some of her other work, Black Panther is the best example, Morrison is still able to create frames that capture your attention. Her quiet eye fits with the film and it becomes more and more “flashy” as Jean’s justified paranoia starts to take control.

Seberg could have been great, it has a great lead actress and an interesting story but the fact that they decided to add an element that was unnecessary made the film fall. The story of Jean Seberg is interesting and should have been enough to sustain itself. It’s nothing against O’Connell who does a great job but he takes away from the main story and it kind of becomes his film which it shouldn’t be. He is the one who gets the big emotional redemption, he is the one who gets to save the day, he is the one who gets to have the big moments while Jean just seems to be a character in her own story. It’s a shame because she deserves more and yet she doesn’t get it.