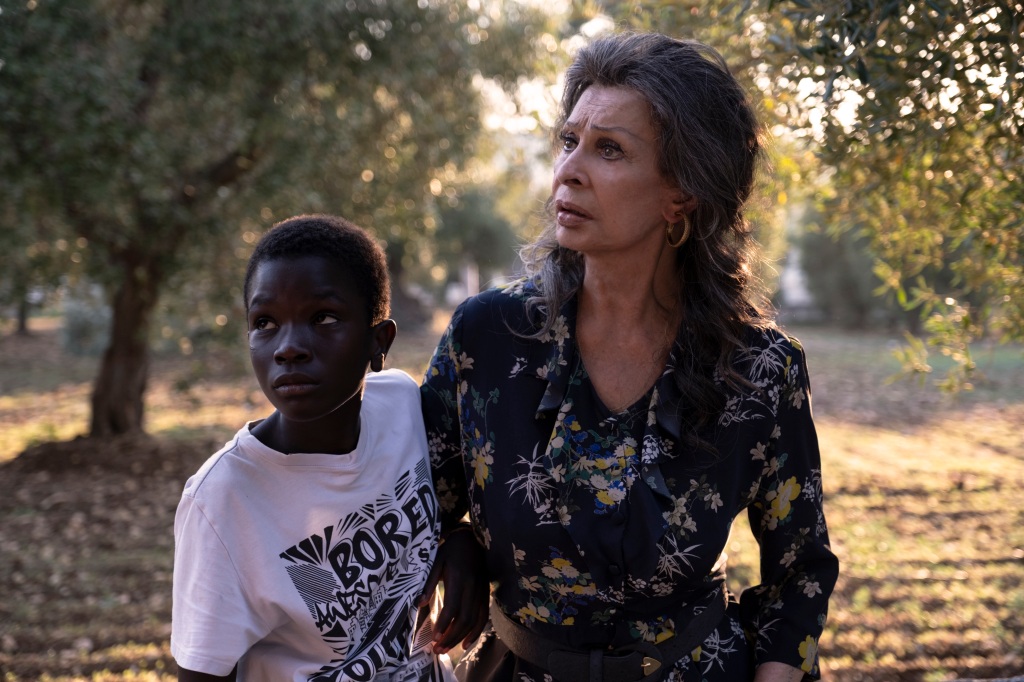 The Life Ahead screams Oscar bait. At its surface, it seems to be a film tailor-made for the Academy and it’s voters. Slow paced, starring a legend of cinema coming back to the big screen after almost a decade away with a tear-jerking story that gets you to cry multiple times, but when you look beyond what seems like a boring film is a character study that is so brilliantly directed and acted. So you watch and you cry and by the end, you don’t even care if this film is Oscar bait because you got taken in and fallen in love with what you have just seen. Is The Life Ahead perfect? No, it isn’t. But Sophia Loren’s triumphant return and Ibrahima Gueye’s delightful performance as Momo make everything so much better.

The Life Ahead feels refreshing and effortless. Everything flows, following a pace that is so gentle and perfect for what it is trying to do. Momo is our eyes through everything, we see the world the way he does and Ibrahima Gueye is a revelation. Acting opposite a legend like Loren can’t be easy and yet he not only hold his own but often commands the screen just like his co-star does. The slow pace of the film works in it’s advantage and even when you know what will happen, you just pray it won’t. Because just like Momo you fall for Madame Rosa and their relationship is the main force behind everything. Two lost souls finding each other and loving each other, it’s a story that has been told countless of times and yet The Life Ahead works. By the end, tears were coming down my face, because just like Momo, I had fallen in love with Madame Rosa and I was broken.

Sophia Loren is a legend. A legend and even if she were to have never made another film again, it would have been okay with me. But I also missed her, missed her talent, her aura, her everything. Making her comeback, and I don’t know if we could call it a comeback, with her son’s film seems fitting. She has always been a actress that commands the screen, one that demands your attention and you pay attention to her when you watch her films. The Life Ahead proves how she has lost nothing, how years after her last feature (which was Nine in 2009 but we try to forget this musical really) she still is at the height of her power. Madame Rosa is tailor made for her, giving her everything to do, mesmerizing us in the process. Loren can do a lot with just her expression, she dictate the screen without ever speaking. She might not be as young as she use to be but that doesn’t matter because she is Sophia Loren.

Madame Rosa and Momo are at the center of everything, the sun of the story and everything gravitates around them. But the characters that inhabit the world never feel like they are there only to advance their story. Each feal lived and full, you could give them each their own story and all of them would have been interesting. To me, the standout is Lola (Abril Zamora), a trans woman who lives in the same building as Madame Rosa. Lola never feels like she is just there to fill a quota. She exits, she lives, she breathes, she loves and being trans is never anything. It’s barely a mention, a quick anecdote that Momo tells us in his voice-over. She exits without having to have her trans identity be at the center of her story. It’s refreshing to watch and a welcome when too many time transgender representation has to be around identity and the struggle of it all.

I have never seen the original adaptation of the novel upon which this film is based on, so I can’t speak on which one is better. But what I can say is that The Life Ahead is capable of holding your attention with mesmerizing cinematography and performances. You can forgive it’s flaws because you are captivated. The movie moves through the motion without ever feeling it. The length is never felt and when the screen turns to black, you don’t even realize that is over. The Life Ahead is predictable, you can see it coming from a mile away. But it’s okay, not every movie has to reimagine the wheel. Sometimes playing to what you know is okay. The Life Ahead does just that and I can’t fault it for that.

Edoardo Ponti’s The Life Ahead might not be the best film of the year but that is okay. It does everything it needs to do in order to get you to fall for it. Sophia Loren and Ibrahima Gueye manage to be delightful, heartbreaking and mesmerizing in just one film. So forgiving the film flaws is easy and I, for one, look forward to watching it again and experience the story again.