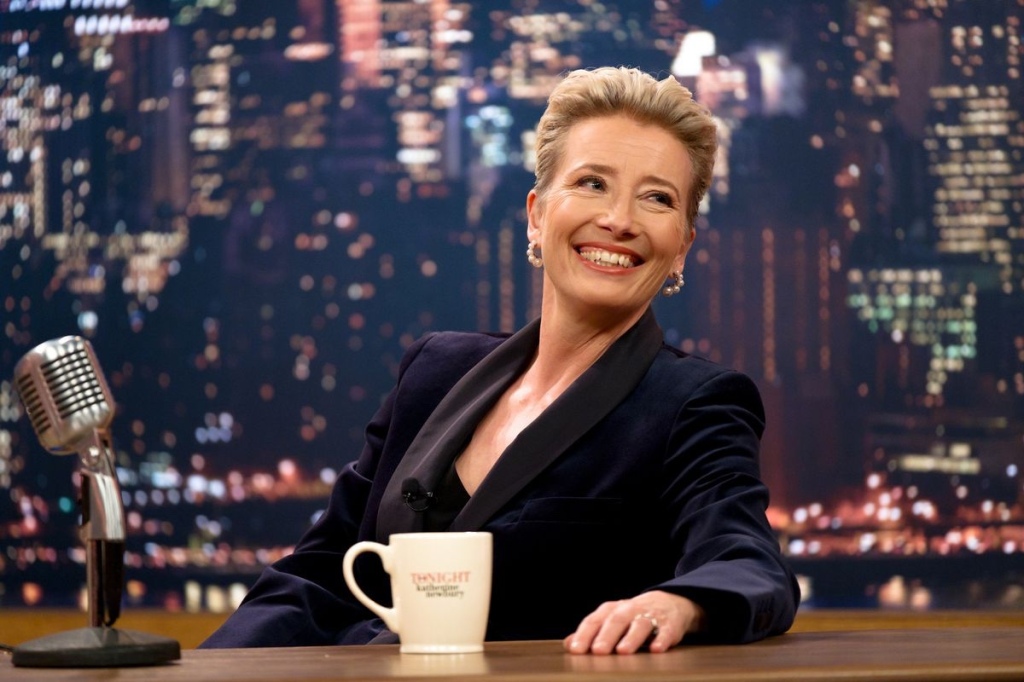 Sometimes comedies just hit the right spot. Some comedies are just tailor-made for you, while others not so much. Late Night is not only in my wheelhouse when it comes to humour but it just hits a home run when it comes to its subject and message. Filmed in 2017, Late Night is as timely as ever and maybe even more in the post #MeToo era that we live in. And yet, while it hammers down on its feminist message and diversity message, it’s never too much. It always does it just right.

Late Night tells the story of an aging legend talk show host, played brilliantly by the always hilarious Emma Thompson (Love Actually, Nanny McPhee), who is forced to hire a female diversity hire, Mindy Kaling’s (The Mindy Project, The Office) character, in order to get her ratings up and somehow save her job and show.

Mindy Kaling doesn’t only star in the movie but she also wrote and produced it. And you can feel it. It’s full of her style of humour and inbred with that tone that we are now used to get from her. From her early days on The Office, it was clear that she had talent but there is something special to see her in this role. It is obviously tailor-made for her but she inhabits it with such an ease that it elevates the whole thing.

But while Kaling shines as Molly, the movie really belongs to Thompson. If you watch any of her red carpet interviews or just interviews in general, it will be without surprise for you to see how funny she is in this film. But if you are more familiar with her dramatic work, this film will come to a shock for you. The way she delivers some of her lines had me in tears, hell she did on her line so perfectly that I almost spit my water. She captures your attention in every scene and you can see why the role was written for her because she was born to play her.

Late Night tackles a lot of subjects. Feminist, double standards, sex, cheating, diversity. Hell listing all of that would be too long. But somehow the script doesn’t seem to be just a list of a talking point to hit. It flows so well that once the message of the film hits you, you don’t realize it. There were even some moments that the whole theatre erupted in applause when one of the character, mostly Molly, would talk back to someone in order to put them in their place. It was such a nice feeling to see a film tackle so many subjects and not really drop the ball.

Comedies can be a hit or miss. While I hate to classify movies by gender, this film will probably resonate more with female audiences and that is okay. It’s an empowering message that is there to make us feel seen and heard. That doesn’t mean that men won’t enjoy the film but they probably will connect to it less because most of the workplace jokes lean heavily on the fact that women are far and few and the sexism that exists in today’s society.

Late Night doesn’t revolutionize the genre. It leans heavily on what has been accomplished before and instead looks to expand on the already known. It’s funny, witty and has something to say. That is more than enough, it doesn’t need to reinvent the genre for it to be a dam good film.

Late Night is out in theatres right now, so don’t miss it.